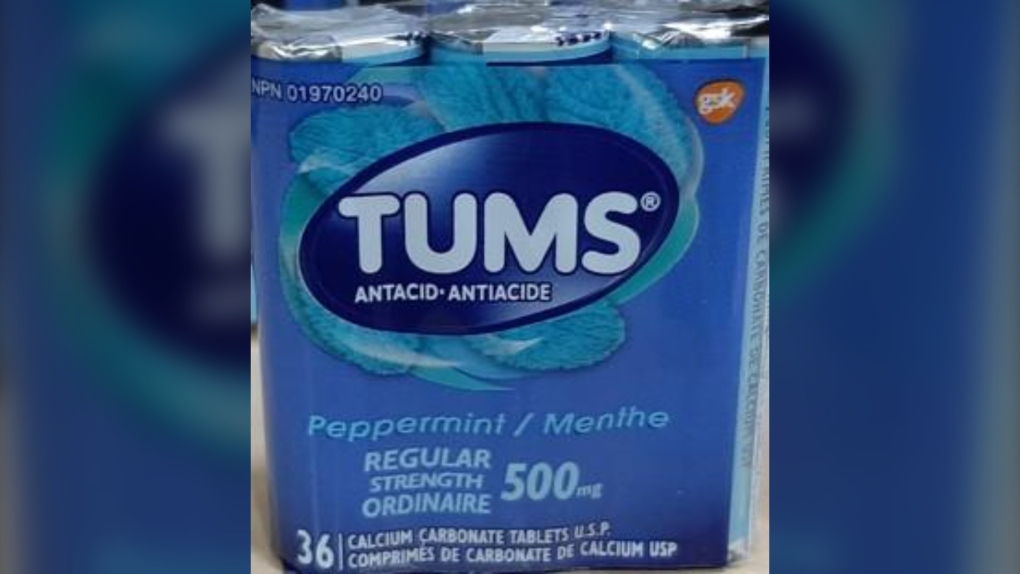 Certain packages of TUMS antacid have been recalled after tablets were found to contain fibreglass fragments, aluminum foil and "other material," according to Health Canada.

Health Canada said in a recall notice Wednesday, TUMS Peppermint Regular Strength tablets, sold in package of three rolls containing 12 tablets each, have been recalled because some tablets were found to contain "fragments of fibreglass and other material, including paper and aluminum foil."

"If consumed, the fragments should pass through most people's digestive systems with no concern," the national health agency said. "However, elderly people and people who have narrow areas in their intestines because of disease or surgery may be at risk of injury."

The affected product has the expiry date of August 2027, and was distributed across the country at the end of October.

TUMS is an antacid and is used to relieve indigestion and heartburn. Health Canada is advising consumers who have used the affected product to contact their doctor should they have concerns about their health.