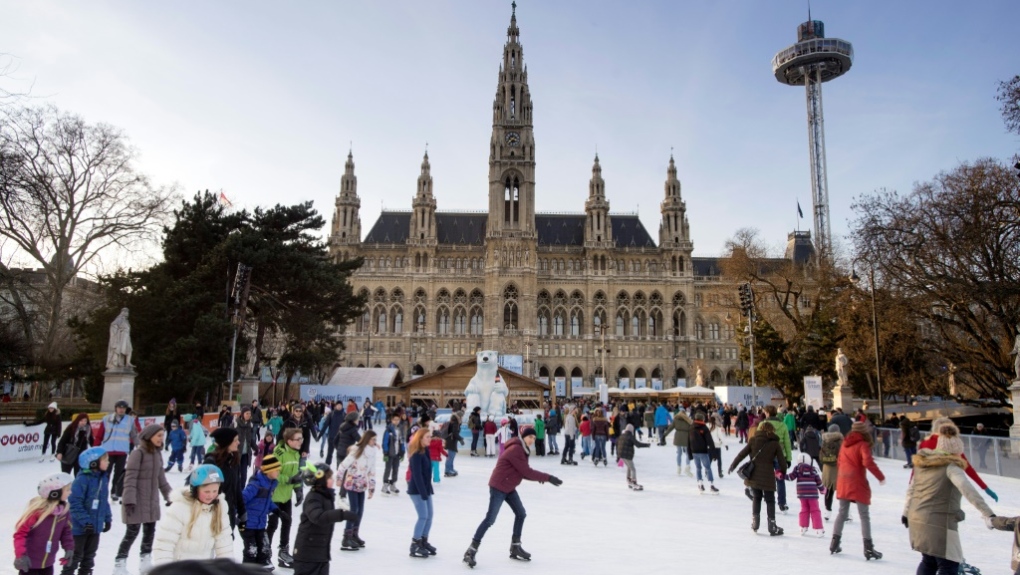 The city of Vienna is taking an offbeat approach to the censorship of art and has turned to using the adults-only online platform OnlyFans to put its most "explicit" artworks on full display.

The tourism board for the Austrian capital is now presenting art from four of Vienna's most revered museums on the adults-only platform in response to the blocking of some artistic content containing nudity on social media.

Some of Austria's museums, including the Albertina Museum and the Leopold Museum, have recently been presented with problems when posting their artwork to social accounts -- resulting in the censorship of some art pieces that include nudity.

In July, the Albertina Museum's TikTok account was suspended -- and later blocked -- for displaying works by the Japanese artist and photographer Nobuyoshi Araki that showed a partially-obscured breast.

Back in 2019, Instagram said that a painting by the legendary Flemish artist Peter Paul Rubens violated its community guidelines. Earlier this year, when the Leopold Museum marked its 20th anniversary, a video uploaded to Facebook and Instagram which contained work by Koloman Moser was rejected because it was flagged as "potentially pornographic" by the platforms.

Now, these works and more of Vienna's "18+ content" can be found on full, unfiltered display on OnlyFans -- a subscription-based website best known as a platform for sharing and viewing pornographic content.

The capital's tourism board said that Vienna is home to "some of the world's most famous artists [...] whose works pushed the boundaries of what was considered acceptable in art and society at the time [...] so it hardly comes as any surprise to learn that some of their artworks fell foul of the censors over 100 years ago.

The tourism board also said "Vienna and its art institutions are among the casualties of this new wave of prudishness," and stated that's why they decided to put "the capital's world-famous 'explicit' artworks on OnlyFans."

Vienna's tourism board also referred to the uncensored nature of OnlyFans and said that the platform "shook up social media by giving creators a platform where they could freely share nude and pornographic content with subscribers."

Any subscribers to the account will receive either a free Vienna city card or a free ticket to any of the featured museums where the city's tourism board has said "uncensored works of art in question can be seen in the flesh."

OnlyFans itself faced issues regarding censorship in August this year when it placed a ban on "sexually explicit content" -- a decision that was met with so much backlash that it was reversed just days after it was announced.

Marketing campaign of the Vienna Tourist Board goes around the world! “Vienna strips on OnlyFans” in the American late night show “The Late Show with @StephenAtHome” @colbertlateshow #OnlyFans #ViennaNow #ToArtItsFreedom https://t.co/tl1D32U6WP