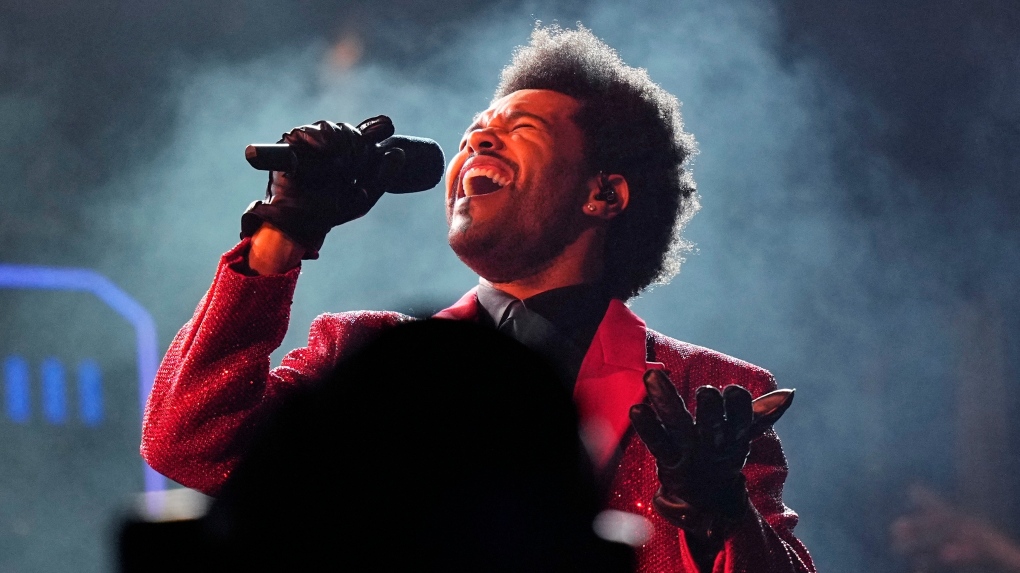 The Weeknd performs during the halftime show of the NFL Super Bowl 55 football game on Feb. 7, 2021, in Tampa, Fla. The Weeknd was snubbed by the Grammys but he’s the leading nominee at the 2021 Billboard Music Awards. (AP Photo/David J. Phillip, File)

TORONTO -- The Weeknd is refunding tickets for his already postponed world tour, telling fans he wants to invest in “something bigger” rather than move forward with the planned shows.

The Toronto pop superstar was scheduled to begin a massive tour for his “After Hours” album starting with two nights in Vancouver on Jan. 14 and 15, 2022.

After that, he was booked to play Edmonton, Winnipeg, Toronto and Montreal, with more stops in the United States and Europe.

However the artist, born Abel Tesfaye, announced on his Instagram that “due to constraints of arenas” he wanted to move his tour to stadiums and is rescheduling the entire tour for next summer.

He says all tickets for the planned tour will be automatically refunded and ticket holders “will be given priority to buy tickets for the stadium shows when they go on sale.” The tour had already been postponed twice as promoter Live Nation dealt with the fallout of COVID-19 on large gatherings.

Future dates and prices for the renamed After Hours til Dawn tour have yet to be revealed.

The Weeknd's change of plans was met with mixed reaction online Monday with some fans expressing frustration with the performer's decision to cancel an already postponed tour, forcing them to go through the ticket buying process again.

This report by The Canadian Press was first published Oct. 18, 2022.