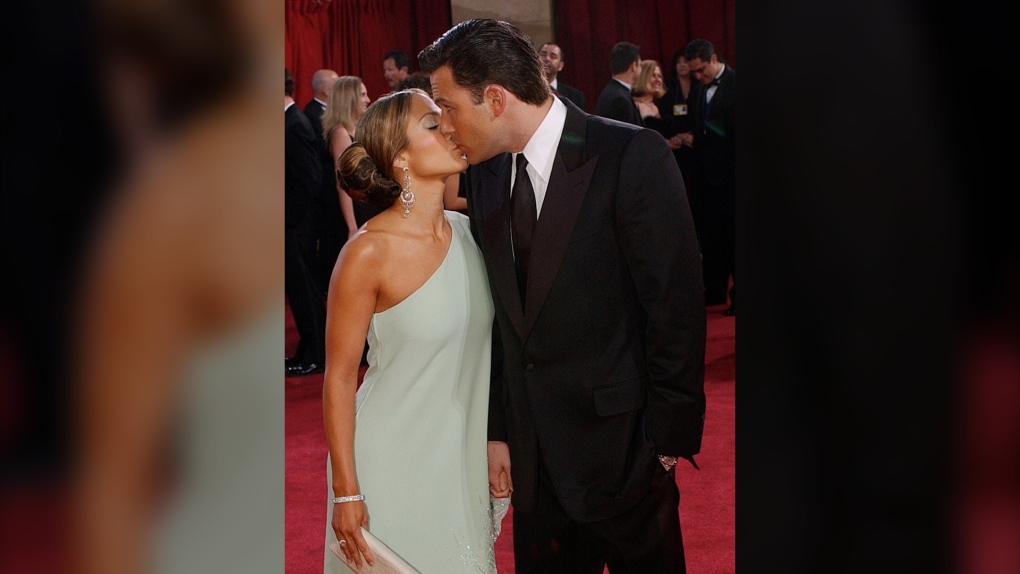 Actors Jennifer Lopez and her then fiance Ben Affleck kiss during their arrival for the 75th annual Academy Awards in this March 23, 2003 taken in Los Angeles. (AP Photo/Kim D. Johnson)

For beloved Bennifer fans, the long desired reunion of Jennifer Lopez and Ben Affleck might actually be happening.

Lopez posted photos from her birthday on Saturday, including one of her kissing someone who appears to be Affleck. She did not tag him in the post.

The singer and actress, who turned 52, was also pictured with Affleck in a video montage posted on Instagram by fellow actress and friend Leah Remini on Friday. The video included photos and clips from Remini's birthday in June.

The pair, who first dated 19 years ago, was captured by paparazzi earlier this summer, following Lopez' split with fiance and former baseball player Alex Rodriguez, who she was with for four years.

Affleck and Lopez had first met on the set of the rom-com "Gigli," where they played criminals stuck on a job together and struck up a real-life friendship. The two nearly got married and split in 2004 after being together for over a year.

Following their break up, Affleck married actress Jennifer Garner in a private ceremony. The couple, who had three children together, split in 2015 and officially divorced in 2017.