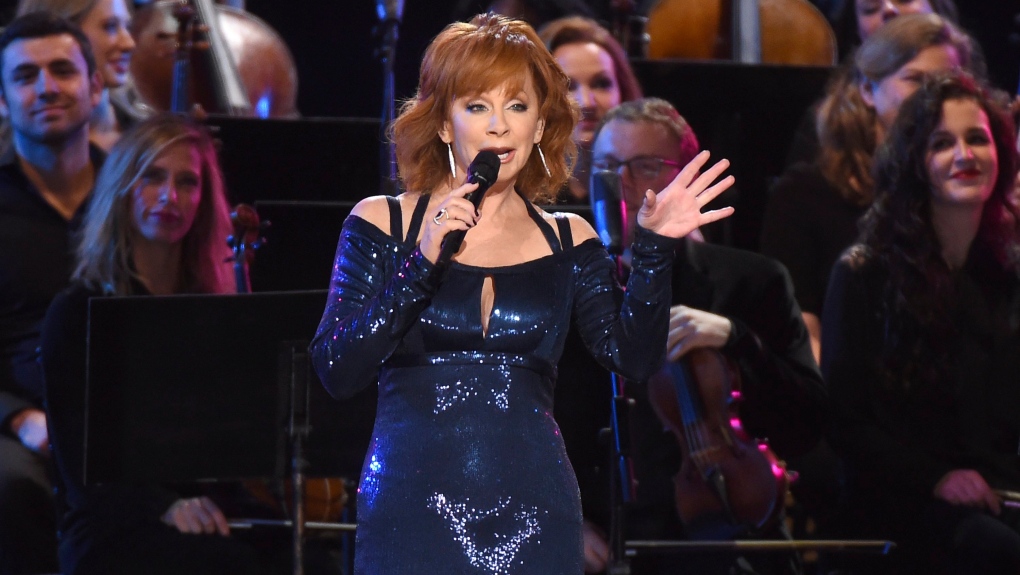 Reba McEntire performs during a tribute to Dolly Parton at the 50th annual CMA Awards at the Bridgestone Arena on Wednesday, Nov. 2, 2016, in Nashville, Tenn. (Photo by Charles Sykes/Invision/AP)

Country star Reba McEntire expressed gratitude Wednesday after she had to be rescued from a historic building in Atoka, Oklahoma, after the staircase collapsed.

McEntire had to be evacuated on a fire ladder from a second-story window on Tuesday, CNN affiliate KXII reported.

"Thankfully, no one was seriously injured," she wrote on Twitter. "We were safely evacuated from the building thanks to the quick response from the Atoka fire and police departments."

The Emergency Management Director for Atoka, Travis Mullins, told KXII that the stairwell from the second to the third story collapsed, falling onto the staircase from the first to the second floor and trapping people inside.

"Oh it was pretty scary, I was worried about who was downstairs and how bad it was," Coby Scherrill told KXII. He was touring the building with McEntire at the time, the station reported.

"We were just touring the building and the stairwell was weak, it seemed weak but we did not realize how weak it was until several people had gone down it and then we heard the crash and saw the stairs fall," he told KXII.

Atoka, a city of about 3,000 people, is located in the southeastern part of the state, and is about 45 miles from McEntire's home town of McAlester.

While my team and I were in Atoka, OK yesterday checking out an old historical building, a staircase collapsed. Thankfully, no one was seriously injured. We were safely evacuated from the building thanks to the quick response from the Atoka fire and police departments.