Betty Lynn of 'The Andy Griffith Show' has died 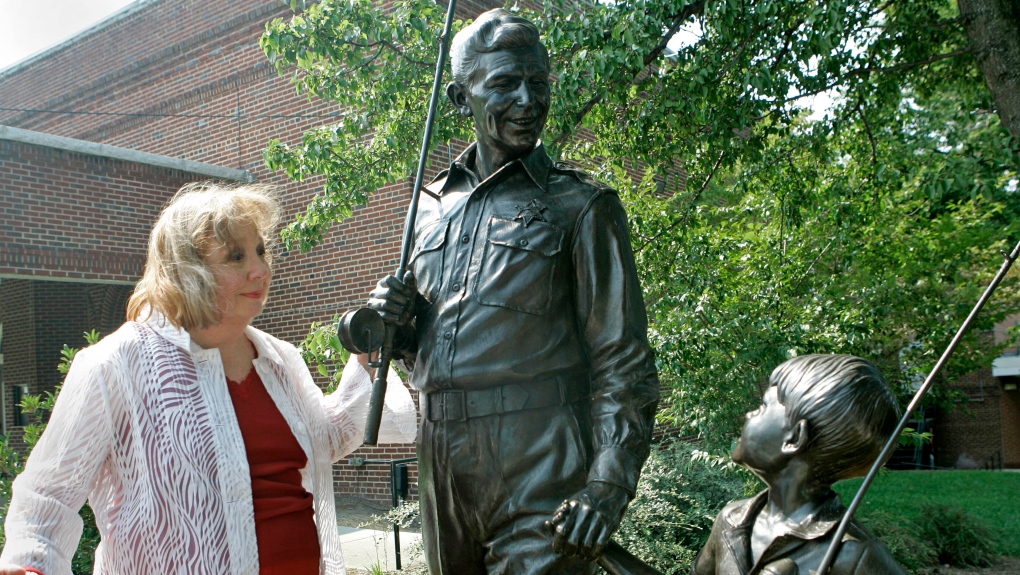 MOUNT AIRY, N.C. -- Betty Lynn, the film and television actor who was best known for her role as Barney Fife's sweetheart Thelma Lou on "The Andy Griffith Show," has died. She was 95.

Lynn appeared as Thelma Lou on the show from 1961 until 1966. She reprised her role in the made-for-TV movie "Return to Mayberry," in which Thelma Lou and Barney got married.

Born Elizabeth Ann Theresa Lynn on August 29, 1926 in Kansas City, Missouri, Lynn began studying dance and acting at a young age. In 1944, she started performing as a part of USO Camp Shows.

Lynn took her talents overseas, performing in the USO for servicemembers during World War II. She was "thought to be the only American woman to have traveled the dangerous Burma Road during the war," according to the museum's statement.

She moved to New York in the late 1940s and began acting in film, and later, television. Her career spanned decades, but fans came to know her best for her role in "The Andy Griffith Show."

In her later years, Lynn participated in reunions with fellow cast members and various Mayberry-themed festivals.

Director and actor Ron Howard, who played Sheriff Andy Taylor's son, Opie, paid tribute to Lynn in a tweet Sunday saying she "brightened every scene she was in & every shooting day she was on set."

Lynn moved from Hollywood to Mount Airy in 2007 following a series of break-ins at her home. She expressed her love for the city to The Associated Press in 2015.

"I think God's blessed me," Lynn said at the time. "He brought me to a sweet town, wonderful people, and just said, `Now, that's for you Betty."'

Lynn had been working on an autobiography before her death, which is now expected to be released posthumously, the museum stated.

Lynn is survived by several cousins. A memorial service will take place in Culver City, California. Details are to be released at a later date.