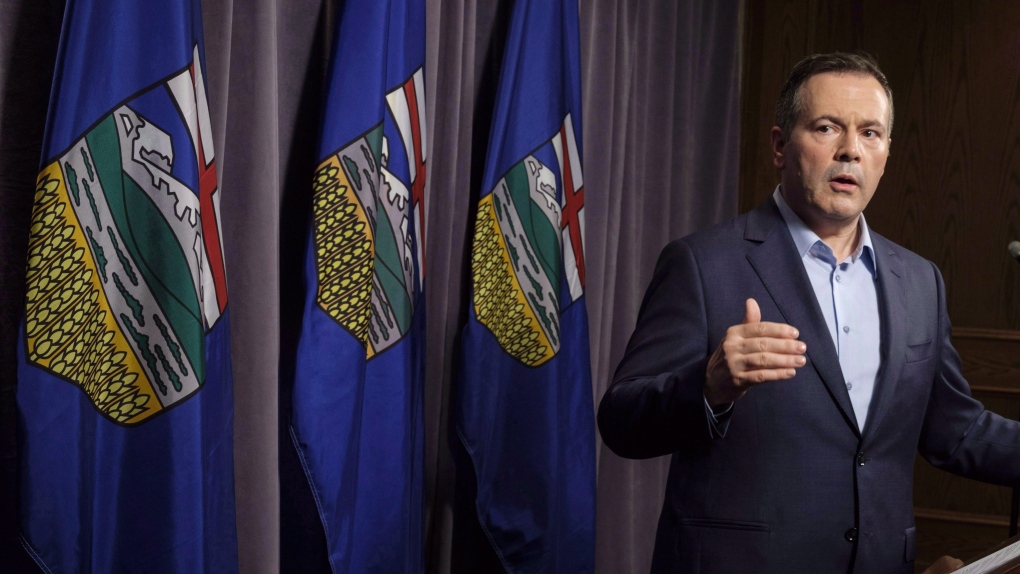 Jason Kenney speaks to the media at his first convention as leader of the United Conservative Party in Red Deer, Alta., on May 6, 2018. (THE CANADIAN PRESS/Jeff McIntosh)

The leader of Alberta's United Conservative Party says a change in Ontario's government will help in the fight against the federal carbon tax.

Jason Kenney says incoming premier Doug Ford will be a key ally to have at the table.

Kenney expects Canada's most populous province will join Saskatchewan in fighting the carbon tax in court.

He says if his party ousts the NDP in next year's provincial election, Alberta will join the case too.

Kenney says he and Ford have only spoken three or four times, but he knows Ford is a champion of Canada's resource industries.