Want to invest in a pre-construction condo? Read this first 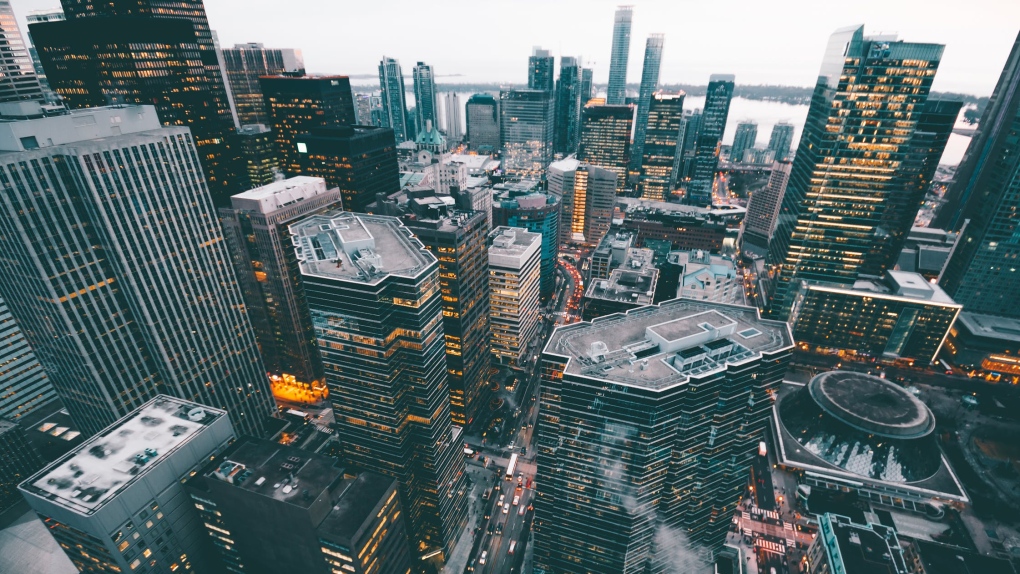 The pre-construction condo market is one of the popular options around for investors looking to allocate money with the future expectation of a profit. (Pexels)

With condo sales skyrocketing in Canada’s largest housing markets, many are looking to invest in pre-construction units. But realtors say there are a few crucial factors to consider before investing in a pre-build.

Canadians occupied more than 1.9 million condominiums in 2016, according to data gathered in Statistics Canada’s last census. The tight supply and high demand for condos, especially downtown Toronto and Vancouver, is inflating ownership and rent costs, according to market analysts at Urbanation. Resale condo prices soared in the last three years to around $1,000 per sq. ft. in central Toronto and $1,345 per sq. ft. in downtown Vancouver, according to a national survey conducted by Century 21 Canada in 2018.

The rising costs of existing or resale condos created a surge in the number of pre-construction condos sold in 2017-18 in Toronto, with almost 60,000 deals, according to Shaun Hildebrand, president of Urbanation Inc.

However, realtors say there are many factors to consider before investing your money in a pre-construction condo unit:

There’s always a risk in putting money behind something that hasn’t been built yet. That’s why finding a reputable developer is key. John Pasalis, president of Toronto real estate brokerage Realosophy Realty, suggests asking questions such as: “Were past projects completed on time and if not, how delayed were they? Did the developer raise maintenance fees after the condo was built?”

“Some investors have found themselves buying pre-construction units and then several years later, the builder just cancels the project,” Pasalis said in an interview with CTVNews.ca.

Although finding a reputable builder is important, finding an investment property in the right location is even more important.

According to Toronto realtor Ryan Roberts, condo sales usually increase over a long-term period in those smaller cities once the population goes up and the city becomes denser. Right now, smaller Canadian cities have a lot of land available for developments such as houses and townhouses.

“I know some developers who tried to do some pre-construction in some ski towns in Alberta and B.C. and I’ve never understood it,” Roberts said in a telephone interview with CTVNews.ca.

“These towns have room for houses and townhouses. I don’t understand why they need condos, there’s no need for the density and those investments went sideways in the short term.”

“Always create a business model before investing in anything,” Pasalis said.

A business model is an investor’s plan for making profit. The plan should include the investor’s product – in this case, a preconstruction condo, the target buyers and how the investor plans on selling that product.

Roberts said it’s important to consider a pre-construction condo investment as your business, and write down what it needs to grow. Roberts suggests drafting a business model with checkpoints such as price, location and whether or not the condo developer has a reputable history. Roberts suggests holding off from a potential condo purchase until you find an investment property with all of the components of your business model.

Another important factor that every investor should consider in their business model is the carrying cost of their investment.

The carrying cost is the total cost of holding or carrying inventory. A condo owner’s carrying costs may include the mortgage, condo fees (such as maintenance), property taxes and insurance. Pasalis suggests staying away from investment properties where you have to pay $500 every month as a carrying cost. Seasoned investors don’t usually purchase property where they’re paying more than they’re making.

One of the benefits to pre-construction condo investment is that owners can rent out their completed units to help pay down the mortgage which lowers the carrying costs.

When buying a pre-construction condo, be prepared to pay carrying costs such as interim occupancy fees or “phantom fees” to the developer. According to both Pasalis and Roberts, interim occupancy fees are one of the biggest catches to preconstruction condo investment. It’s important that investors consider all fees so they don’t end up with more carrying costs than they bargained for.

Under Ontario's Condominium Act (similar to other Canadian provinces), a builder can charge buyers interim occupancy fees for the condo maintenance costs between the time a buyer’s unit is complete and when the project is registered.

For example, if an investor purchases a unit on the first or second floor of a multiple-storey condominium building, those units will be complete before the top floors and units. The developer will charge buyers an occupancy rate on the complete units (even if the rest of the building isn’t complete) until construction is done, all units are handed over to their owners and the builder registers the condo and corporation with the city.

“Rather than leaving the building empty, the builder requires that the buyers whose units are finished have to move in and effectively pay the interim occupancy fee which is basically like a rent until they get legal possession of the unit,” Pasalis said.

Take advantage of the cooling-off period

An investor has time to review and rethink their investment during the cooling off period.

Realtors and economists say that long-term goals are the most important thing to consider when it comes to pre-construction condo investment.

“If an investor believes the value of a condo will increase over time, they are probably right,” Benjamin Tal, deputy chief economist for CIBC World Markets said in an interview with CTVNews.ca.

“The condo space is the most affordable channel to homeownership. Demand will continue to be strong. I think within the next year or two, profiting from investment will be tricky. But, I think from a long term investment, they will do extremely well.”