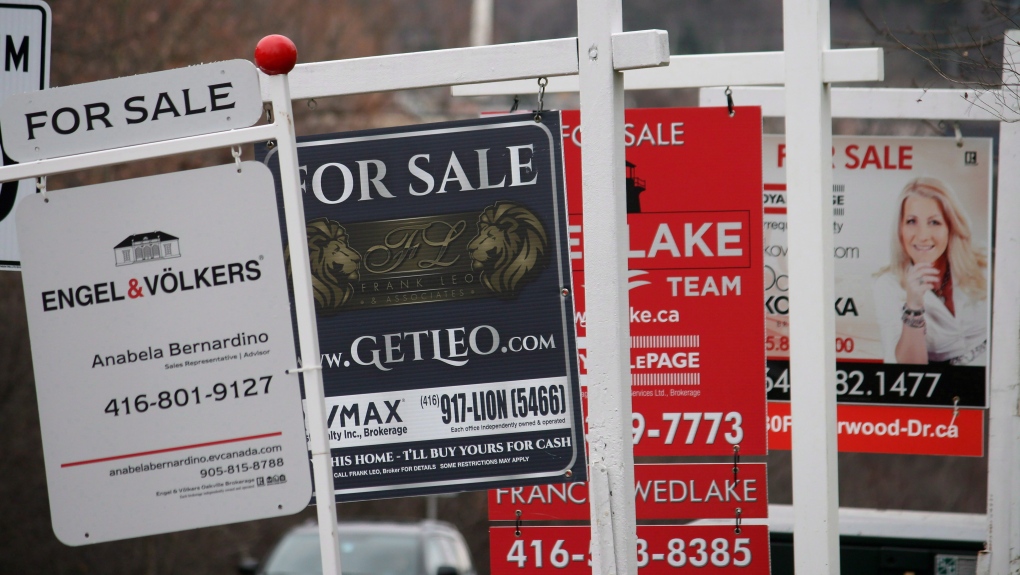 TORONTO -- The Canada Mortgage and Housing Corp. said the annual pace of housing starts slowed in January, dropping less than was expected for the start of the year.

The federal housing agency said the seasonally adjusted annual rate came in at 207,968 units for the first month of the year compared with 213,630 in December.

Economists had expected an annualized pace of 205,000 for January, according to Thomson Reuters Eikon.

"While single-detached starts continued to trend lower in January, this was offset by an uptick in the trend for multi-unit dwellings in urban centres.

The annual pace of multiple-unit projects such as condominiums, apartments and townhouses increased 0.7 per cent to 146,353 units, while rural starts were estimated at a seasonally adjusted annual rate of 17,056 units.

In Vancouver, where the housing market has long been considered among the country's most heated, CMHC said housing starts were holding steady after trending lower in the second half of 2018.

BMO Capital Markets senior economist Robert Kavcic said in a note to investors that the level of activity across Ontario shows that "there is supply coming in the market."

But he cautioned, "Maybe it's not exactly the right mix and location, but there is supply coming to meet robust demand."

Looking at other regions, CMHC said it observed housing starts slowing in Quebec and rising in Alberta from low levels. New Brunswick experienced a 33 per cent spike in starts, when compared with last year. CMHC said the spike largely stemmed from multiple-unit starts -- a term referring to buildings such as condos, apartments and townhouses.

CIBC senior economist Nathan Janzen said in a note to investors that based on CMHC's observations he expects housing starts nationally to begin to slow "more significantly" later in the year.

"New building activity has yet to follow home resales significantly lower...(but) there appears to be more strong building activity in the pipeline with permit issuance running at a 240k per month annualized rate in Q4 2018," he concluded.

"Housing starts typically follow resales with a lag, though."