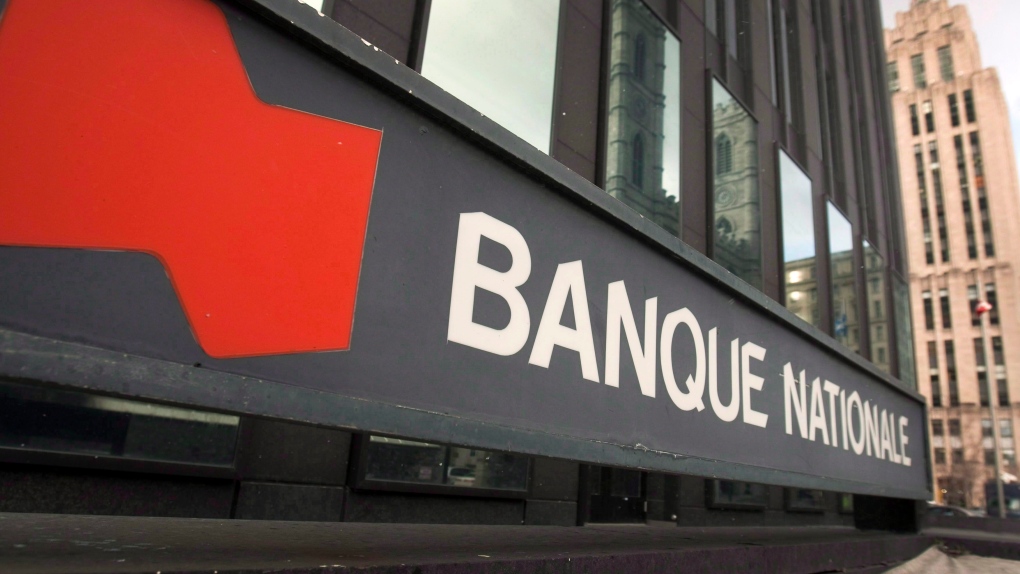 A branch of the National Bank is shown in Montreal in this 2011 file photo. (Ryan Remiorz/THE CANADIAN PRESS)
MONTREAL -

National Bank of Canada raised its quarterly dividend 23 per cent as it reported a fourth-quarter profit of $776 million, up from $492 million a year earlier.

The Montreal-based bank said Wednesday it will now pay a dividend of 87 cents per share, up from 71 cents per share. National Bank also said it plans to buy back up to seven million of its shares.

The announcement follows a decision last month by the federal banking regulator to lift restrictions put in place at the start of the pandemic that prevented federally regulated banks and insurers from raising dividends, buying back shares and raising executive compensation.

"We enter the new year on strong footing, well-positioned to generate solid growth across our business segments and deliver superior returns to our shareholders."

Analysts on average had expected an adjusted profit of $2.24 per diluted share, according to financial markets data firm Refinitiv.

During the quarter, National Bank reversed $41 million in its provisions for credit losses, compared with the $110 million it set aside in the same quarter last year.

The bank's financial markets arm saw its profit hold steady compare with a year ago at $208 million, while its U.S. specialty finance and international business earned $129 million, up from $106 million.

This report by The Canadian Press was first published Dec. 1, 2021