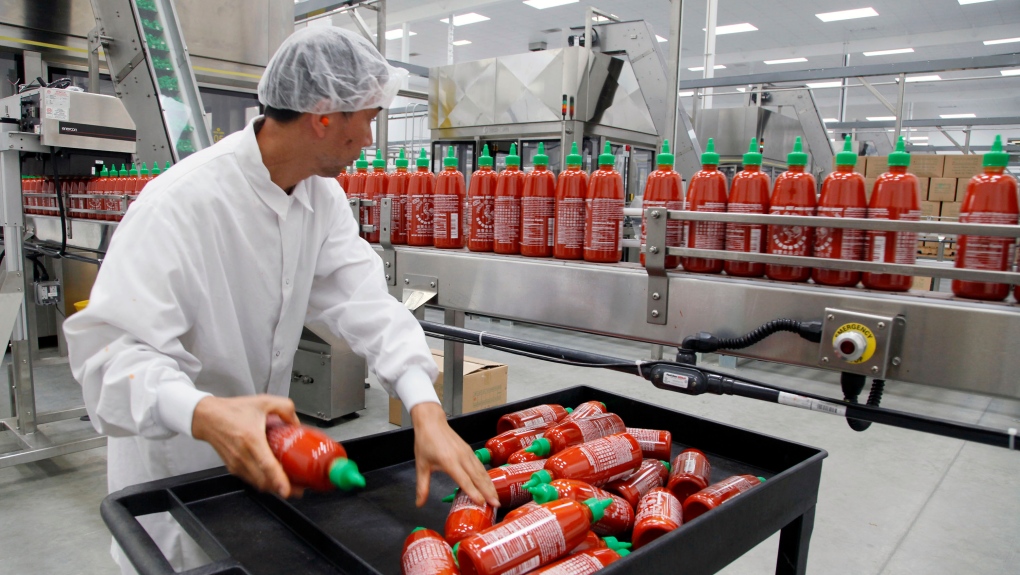 After the producers of Sriracha warned in a statement that a shortage of its product was “unprecedented,” one Alberta restaurant worries about how customers will react to missing out on their favourite spicy sauce.

“It’s mixed with the pho, you know? It’s really good when you mix the Sriracha in,” said Rose Tan, manager of Phobulous Vietnamese Restaurant in Edmonton.

Huy Fong Foods, one of the world’s largest producers of the Asian hot sauce, attributes the shortage to droughts in Mexico and the southwestern U.S., causing a crop failure of the chili used in Sriracha. The company said it has been forced to stop production on the popular hot sauce, and that orders for Sriracha filled after mid-April won’t be filled until September.

“We can confirm that there is an unprecedented shortage of our products,” the company said in a statement to CTV National News.

Huy Fong Foods said it hopes a better chili crop in the fall will help boost production, but as with many food products these days, a short supply could mean an increase in price at the grocery store.

Experts say the unpredictable impact of climate change means unexpected shortages of products like Sriracha could continue to happen with other products.

“This is part of a bigger problem that’s starting to become a much bigger reality for most people,” Ellen Goddard, an agricultural economist at the University of Alberta, told CTV National News.

Low yields of mustard seed so far this year are also expected to lead to a shortage of the popular hamburger and hot dog condiment.

In the meantime, Tan said she has a plan to stock up before the red sauce becomes even more difficult to find.

“We need to order extra, because customers like Sriracha,” she said.

Tan said the restaurant is stocking up on Sriracha and hoping the supply lasts through the shortage, but she also said she has a back-up plan.

“In case [of] no Sriracha, I’m going to make my own chili sauce,” she said. “… Because customers like spicy."

How Canadians can save on exchange rates while travelling

At a time of high inflation, questions about what cards to use, how much local cash to withdraw and which currency conversion services to avoid are particularly valuable. Here's what to know when seeking cost-effective methods of spending money overseas.