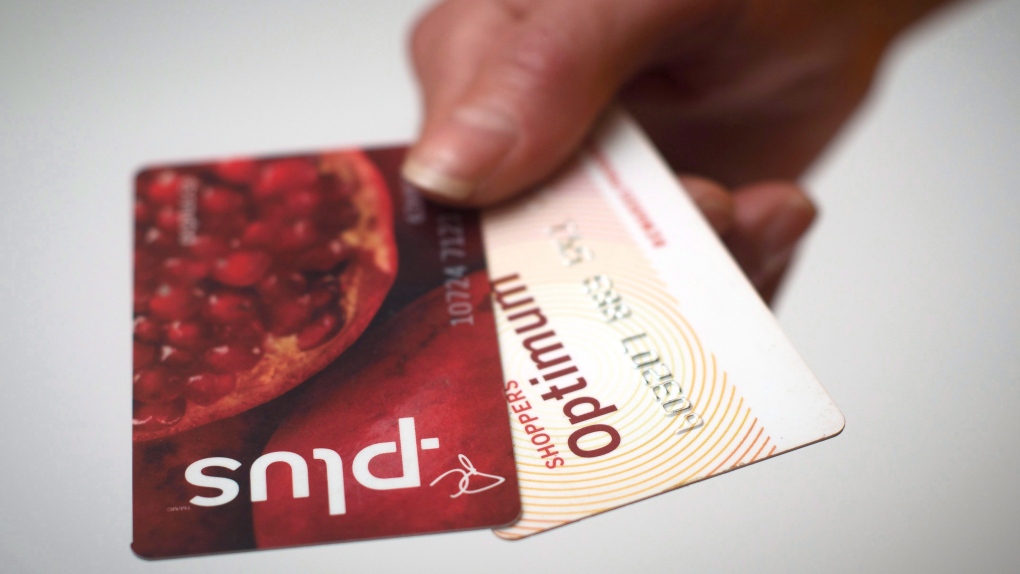 A Loblaws PC Plus and a Shoppers Drug Mart Optimum card are shown together in Toronto on Tuesday. Nov. 7. (THE CANADIAN PRESS/Graeme Roy)

TORONTO -- Canada's biggest food and drugstore retailer is expanding its loyalty program at Esso gas stations, allowing PC Optimum members to both earn and redeem points when they fuel up.

Loblaw Companies Ltd. says it first teamed up with Imperial Oil in 2018 to allow its loyalty rewards members to earn points when buying gas at Esso stations.

The company says starting early next year PC Optimum cardholders will also be able to redeem points for rewards including fuel and car washes.

Amy Newman, retail sales and marketing director for Imperial, says the program has been successful and that the expanded partnership will take the customer experience “to the next level.”

Imperial says it will be retiring its Esso Extra program and that its members will be able to convert existing points to PC Optimum.

Uwe Stueckmann, Loblaw's chief consumer officer, says the company is excited to give Esso Extra members the chance to join the PC Optimum program, which has 18 million members.

This report by The Canadian Press was first published June 17, 2021.