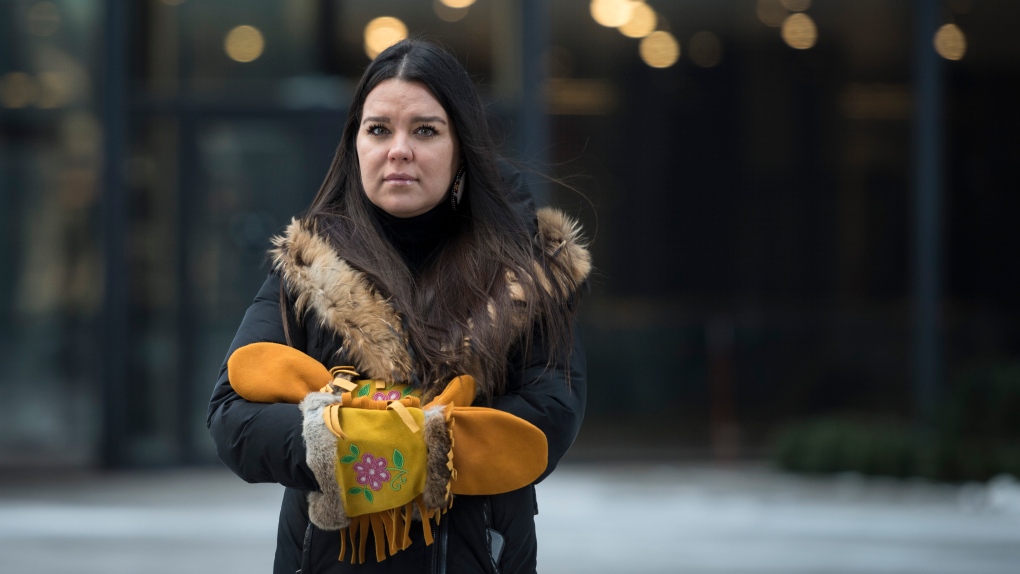 Chelsee Pettit spent much of the summer collaborating with designers to create and manufacture apparel reflective of the Indigenous values she hoped would be on people's minds when Canada marks its second National Day for Truth and Reconciliation.

But in the days leading up to Sept. 30, she noticed many companies had not had the same forethought and were scrambling to place bulk orders with her store, Aaniin.

"It's just a little funny how last-minute other organizations that are all non-Indigenous are, and they're pushing that (work) back onto Indigenous people," said Pettit, an Anishinaabe woman.

"We're not like big box stores that just have disposable T-shirts and are at everybody's beck and call. Working with us ahead of time as opposed to just laying it on us a week before the day, I think would be super helpful."

Pettit has tried her best to accommodate last-minute orders, but she and other members of the Indigenous business community see the trend as a sign of how much more work corporate Canada has to do to turn support for Indigenous communities into a 365-day-a-year effort.

While many businesses encourage staff to don orange shirts -- a tradition started by residential school survivor Phyllis Webstad in 2013 -- or to sell wares in the bright hue on Sept. 30, those efforts quickly fade. Companies often don't do much more to elevate Indigenous voices and causes.

"It is positive that we are seeing education happen and awareness-building happen, but it can be quite triggering and harmful for Indigenous Peoples who see it as one day of performative action and nothing throughout the rest of the year," said Tabatha Bull, president and chief executive of the Canadian Council for Aboriginal Business (CCAB).

Bull and Pettit say if an employer is looking to make a mark on truth and reconciliation goals, they should also be doing that work all year round.

Those efforts should begin with educating staff about both long-standing and new traumas Indigenous Peoplesface and how to support those affected.

Pettit recallsbeing at work in 2021, when the remains of 215 children were found at a former residential school site in British Columbia.

"My boss at the time was like, 'Oh, well, everybody knew about that already' and just like kind of brushed it off, but I was feeling very emotional that day for obvious reasons, so there's tons of work that has to be done," she said.

That's borne out in studies too.

A 2021 report from equity organization Catalyst Canada found about 52 per cent of the 86 Indigenous respondents surveyed are "on guard" at work and about 60 per cent feel psychologically unsafe on the job.

The study was based on a survey of 820 Canadian workers from various under-represented groups, but Catalyst isolated results from Indigenous respondents for this report because their need to feel on guard was so significant.

Krystal Abotossaway, president of the Indigenous Professional Association of Canada, said she has seen more companies move toward reflecting on what they can do to improve their corporate culture and support Indigenous communities in recent years.

Land acknowledgments, which note which Indigenous Peoples lived and took care of a site events are being held on, are an increasingly common and good start, she said.

Bull counts at least 200 companies, including Bank of Montreal, Uber, Walmart and Rogers, as members of the CCAB's Progressive Aboriginal Relation program -- an initiative helping them build cultural awareness and make progress on reconciliation plans.

Others have yet to take on such work. Bull thinks they're slower to act because they feel overwhelmed and afraid of having difficult conversations.

"Some corporations are just not even knowing what the right question is to ask," she said. "I think we need to move beyond that, if we're going to really progress as a country."

Abotossaway said they can start by marking other Indigenous days and use them as an opportunity to educate.

Among those she suggested are Red Dress Day, which commemorates the lives of missing and murdered Indigenous women and girls, and International Inuit Day, National Indigenous Peoples Day and Louis Riel Day, which celebrates the life of the late Metis leader.

The efforts shouldn't stop there, she added. Companies should reflect on how their governance structures, hiring policies, talent pipelines and workforce education programs align with Indigenous needs, she said.

"We've seen a lot of learning and development content come out, but that's usually just one course and it might be just an hour long," she said.

"Is it mandatory or is it not mandatory? And then how many of your employees or workforce are participating in it?"

Abotossaway and Bull agree any corporate actions on National Day for Truth and Reconciliation or other days should involve Indigenous Peoples at every step -- even if the action is selling orange apparel.