In most big companies, no Black or Indigenous women on track for top jobs: survey 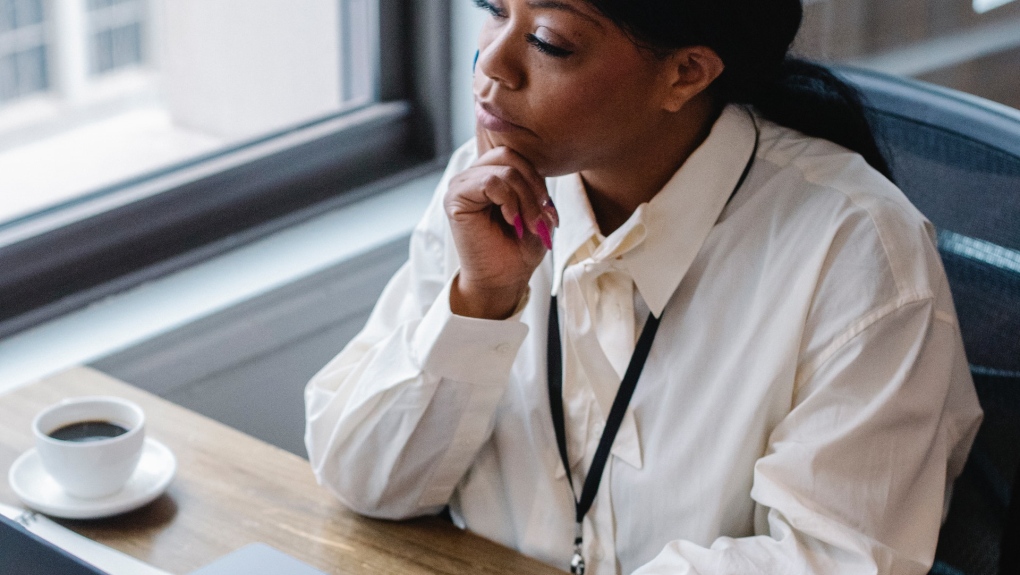 File photo of woman sitting in an office (Pexels)

SASKATOON -- No Black or Indigenous women are on track for executive roles in many of the country’s biggest companies, according to the first national survey of its kind in Canada.

The new report found that 89 per cent of surveyed organizations in Canada had zero Black women “in the pipeline to the leadership level, and 91 per cent have zero Indigenous (First Nations, Inuit and Métis) women.” The study is unique because it examined those who report directly to executives and employees one level down, in addition to looking at those in mid-and-lower levels.

When looking at companies on the Toronto Stock Exchange and other corporations that have to report racial data, the report found that “the vast majority of organizations have zero Black, Indigenous and people of colour (BIPOC) at the leadership level.”

The aptly titled “Zero Report,” which was put together by The Prosperity Project -- a new non-profit group created to help women who’ve been hit hard by the pandemic -- heard from 48 of the country’s largest companies, real estate firms, banks, telecoms and Crown corporations last year -- with 72 others failing to respond to the survey.

“That ‘zero’ in [this report] is really showing that they are missing a whole segment of potential. Basically ignored it,” said one of the founding architects of the project, Ontario Liberal MPP Mitzie Hunter.

“This is a call to action for Canadian corporations,” she told CTVNews.ca in a phone interview on Thursday.

Although some other research suggests a gradual recent rise of female leaders landing that corner office, Hunter said there’s been dismal progress from corporate Canada.

Hunter, who’s held a number of executive positions before jumping into politics, said if companies want to expand their market share they have to “take full value of all the talent and capability in their workforce,” especially racialized workers.

Pamela Jeffery, the founder of The Prosperity Project, said “that zero figure showed it can’t be worse. We have a long way to go.”

“We really wanted to shine a light on racialized women in this report to understand how they were doing,” she told CTVNews.ca over the phone Thursday.

The report also found that between March 2019 and September 2020, the overall number of women on executive boards did rise by nearly four per cent. And the report deemed that a win considering how the pandemic has prompted more women than men to leave the workforce.

Jeffrey noted the pandemic didn’t, however, force women in top roles overall to “make those hard choices” to leave their jobs due to family commitments because they had the means to balance the two.

“This is a good pace of growth… it should be higher but now we have a baseline,” Jeffrey said, hoping that growth continues when they check again in a year.

She said another somewhat positive figure is that 80 per cent of companies surveyed had at least one woman of colour making her way up the top level.

“That’s the future,” she said. “For organizations to have much more diversity at the top, they’ve got to have candidates who are being groomed.”

But to do that requires action in the form of mentoring early on.

Although racialized women make up 22 per cent of Canada’s population, the report found they comprise just 12 per cent of those in mid-level corporate positions.

A 2009 U.S. study found 62 per cent of women of colour surveyed reported that a lack of an influential mentor holds them back. And that need for mentorship is crucial as evidence suggests people who receive mentoring are more likely to be promoted.

“Women are much less likely to have a sponsor within an organization and that all comes back to bias,” Jeffrey said, urging more white leaders overall to resist their potential unconscious bias to mostly support those who come from similar cultures, schools or upbringing.

Both she and Hunter said it’s crucial for companies to invest in professional development programs, and have more top executives mentoring and advocating for female workers at all levels.

But without more white males -- who tend to populate the top levels -- mentoring and championing female colleagues, especially those of colour, Jeffrey said women will continue to be “left behind.”

Hunter agreed and said putting off change is not feasible any more.

“Diverse people, Black women, Indigenous women are ready now. They are ready to lead now and they don’t accept the excuse that ‘we can’t find any of these leaders.”