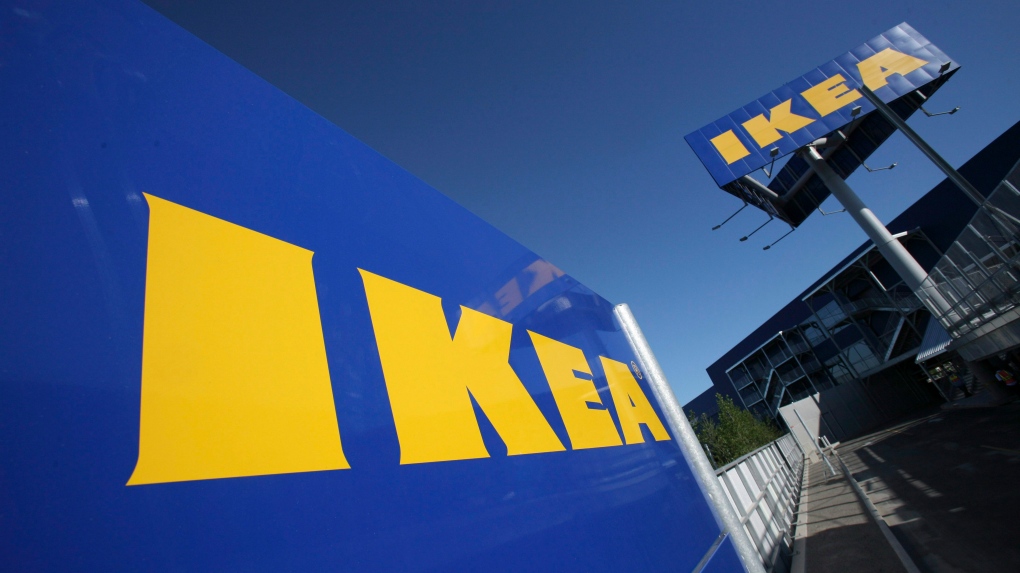 This is a Wednesday, June 18, 2008 file photo of the Ikea logo is shown on the side of the warehouse-sized store during the grand opening of New York City's first Ikea. (Mark Lennihan / AP Photo)

Ikea Canada plans to open its first smaller, downtown store format in the country in Toronto within the next two years.

The focus on the new formats for the retailer known for massive stores that can feel like walking through a home furnishings and decor labyrinth comes as urban consumers demand spaces closer to them that don't require a long drive.

"Customers are changing," said Michael Ward, who assumed the role as president of the retailer's Canadian arm at the start of the year after more than three decades with the company.

"We're moving with customers and one part of that is that we want to penetrate the big cities."

In 2018, Ikea announced it planned to add small shops to 30 cities around the world.

One of the first opened in Madrid, Spain, in 2018. The city shops focus on different categories, such as bedroom or living room and tend to be roughly 2,500 square metres (27,000 square feet).

Ikea's not the only retailer to open downsized store formats in more urban areas.

Sleep Country Canada Holdings Inc. has been on a similar path. The mattress retailer started targeting locations inside malls within the past few years.

In August, the company opened its eleventh mall store at Edmonton's Kingsway Mall. Sleep Country operates a total of 276 stores as of the end of September, according to its most recent financial filings.

As part of its transformation, Ikea has already added 15 of the smaller stores across 10 city centres around the world.

Toronto will be the site of the first such Ikea store in Canada -- though the company has yet to lock into a lease.

"We're interested in the centre of course... but we're also looking in other areas in the city," said Ward.

The company envisions more than one location, he said, noting its current Toronto-area stores are mostly situated north of the city, so a little east or west could be interesting.

It's not limiting the Toronto urban expansion to one store. Ward envisions at least one extra-small format, as well as perhaps a planning studio.

"There's a very good chance it will be more than one."

While the company is focused on Toronto for now, "all of the larger metro areas in Canada are certainly of interest to us," said Ward.

People are increasingly living in cities and car ownership rates are dropping, he said, which makes it more difficult for people to travel to Ikea's big locations farther outside the downtown core.

He's careful to stress that doesn't mean foot traffic to Ikea's Canadian stores is falling. In its 2019 financial year, there were 31 million visits to its Canadian locations -- up 2.7 per cent from the previous year.

But he notes the company's been missing a way to offer easy access to a physical location for folks living in the city centre.