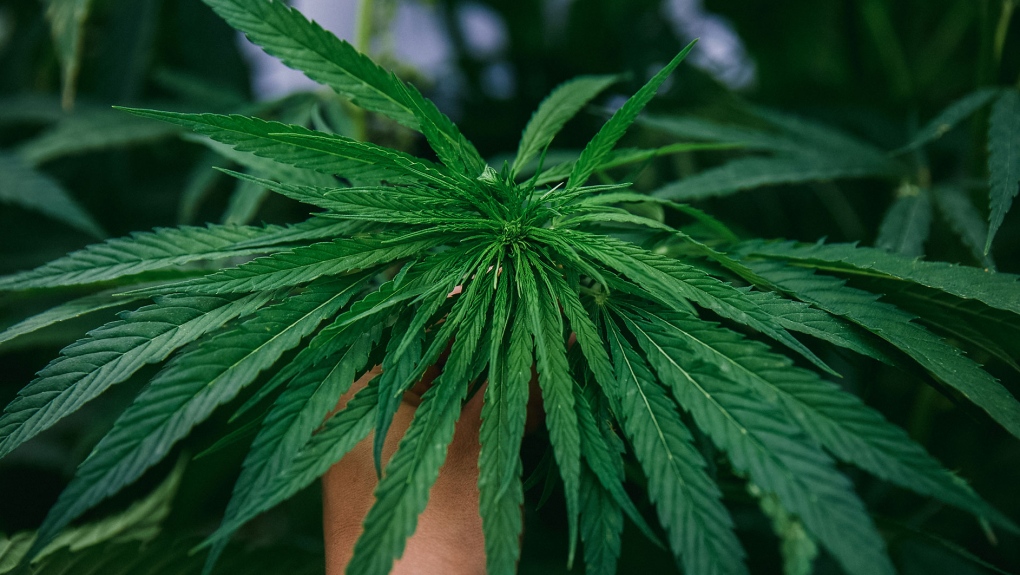 Not that long ago, Rod Lanier could count on an annual spring visit from the police.

The southern Alberta farmer has been growing hemp for 12 years, and in the early days, the distinctive odour that wafts from his fields when the crop is in flower would invariably catch the attention of area residents.

"For years each spring, the police would have to come out to ask, 'Mr. Lanier, is that hemp or is that marijuana?' " Lanier recalls. "And I would answer, 'if it was marijuana, would I grow a mile by a mile field of it, right beside the highway?" "

Today, Lanier is far less likely to get a knock on his door just because the wind is blowing a certain way. Once considered a bit of an oddity, Lanier is now one of about a dozen farmers in the Lethbridge area growing industrial hemp -- and the sight and smell of the distinctive, jagged-leafed plant are far less likely to attract unwelcome attention.

In fact, hemp, which is part of the cannabis family but contains no THC (the psychoactive ingredient in marijuana), is enjoying a bit of a moment. Across the Prairie provinces, new businesses are popping up to process and market different parts of the plant.

Hemp farming is still a fledgling industry, but some proponents believe it has the potential to move from a niche crop to a staple of Canadian agriculture.

"I believe it's very, very doable."

According to Health Canada, which licenses and regulates the industrial hemp industry in this country, there were about 22,000 hectares (50,000 acres) of hemp seeded in Canada in 2020, up from just 2,400 hectares (5,900 acres) in 1998. Alberta leads the way in hemp production, followed by Saskatchewan and Manitoba.

The growth in acreage is due to multiple factors, including growing interest in hemp seed as a nutritional "superfood" as well as the legalization of cannabis in 2018. That opened up a new source of revenue for farmers, as hemp growers can now harvest flowers for CBD, the non-intoxicating cannabinoid that was once illegal without a medical prescription.

Blue Sky, which was founded in 2017, believes the key to expanding the hemp industry is "whole plant utilization." The company already has a CBD extraction facility near Saskatoon and another facility in central Saskatchewan is capable of processing 5,500 tonnes of hemp seed annually into food products like protein powder and hemp seed oil.

Blue Sky is also on the verge of announcing its plans for a large-scale "decortication" facility, which Potter says will process the hemp plant's tough stems and stalks into fibre products. Hemp fibre can be used to make everything from building products and insulation to textiles.

Dan Madlung, president and chief executive of BioComposites Group, which runs a hemp fibre processing plant near Drayton Valley in central Alberta, says developing this third plank of the hemp industry is crucial. In the past, most Canadian farmers growing hemp for seed have had no buyer for the stems and stalks, and have had to let that part of the plant go to waste.

Building out decortication capacity across the Prairies would give farmers a third revenue stream and a much greater incentive to grow hemp, Madlung says. He adds BioComposites Group already has plans for a new, larger second facility to be built in a yet-to-be-announced Alberta location.

"We have what it takes right now to develop a new industry," Madlung said. "But there's tons of interest across North America . . . others may beat us to the punch."

There are still many challenges that must be overcome before hemp farming becomes truly mainstream. While farmers no longer have to undergo a criminal records check to grow industrial hemp (it was required before cannabis was legalized), they still face other regulatory requirements such as Health Canada licensing.

The industry also needs to invest in market development and commercialization, says Manny Deol, executive director of the non-profit Alberta Hemp Alliance. Many consumers don't know quite what to do with hemp hearts or hempseed oil, so there's room for the development of more customer-friendly products.

Farmers also need to be encouraged to grow a crop that may be brand-new to them, Deol says. Because the hemp plant is also good at sequestering carbon dioxide in the soil -- better than many other crops -- the industry is lobbying for the creation of a carbon credit for farmers who grow it. That would provide additional incentive for producers looking to branch out.

Canadian hemp exports exceeded $110-million in 2019, and Deol says he believes this country could have a $1-billion industry by 2030, if it does everything right. He says investors appear to think so too, given the number of new processing facilities recently constructed or proposed.

"There is a buzz about hemp right now," Deol says. "I think farmers and other business people are looking for any diversification opportunities, so they're watching this crop."