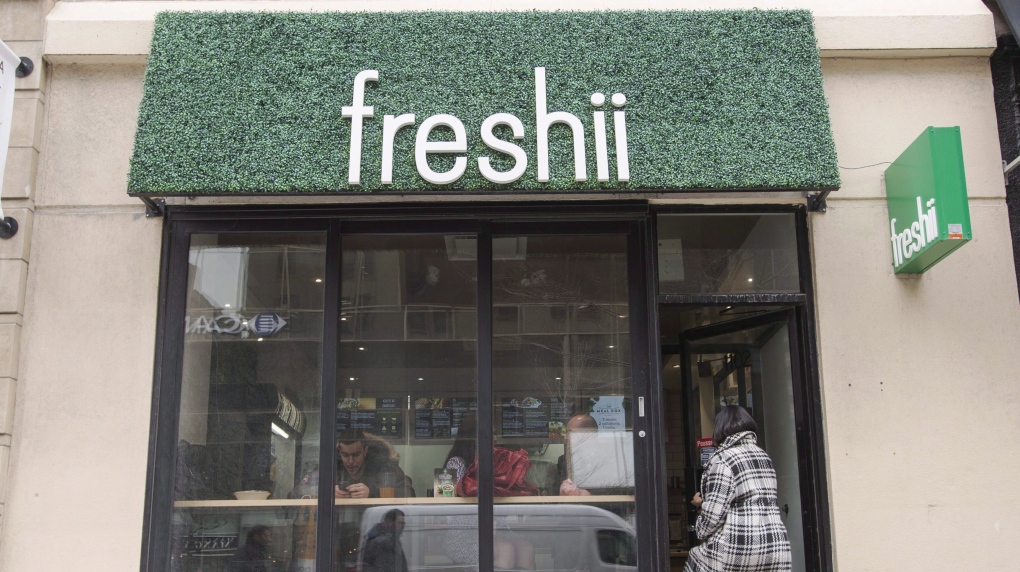 A customer walks into a Freshii restaurant in Montreal on March 21, 2017. THE CANADIAN PRESS/Ryan Remiorz
TORONTO -

Freshii Inc. has announced a deal with 7-Eleven Canada to sell food in the chain's convenience stores across the country.

Toronto-based Freshii says its Energii Bites snacks will be available in roughly 600 locations across Canada.

He says 7-Eleven has a vast store network and incredible brand recognition that resonates with consumers.

Norman Hower, vice-president and general manager of 7-Eleven Canada, says the partnership reflects the chain's ongoing pursuit of innovative ways to cater to a new generation of shoppers. He says the Freshii snacks will be available 24/7 in 7-Eleven stores and can also be delivered through its delivery service 7Now or on various marketplace apps.

Freshii says customers can buy two packs of Energii Bites at the promotional price of $6 while supplies last or until March 1.

The company says its partnership with 7-Eleven is open-ended.

This report by The Canadian Press was first published Jan. 24, 2022