Canadian banks shrink workforces as they invest heavily in technology 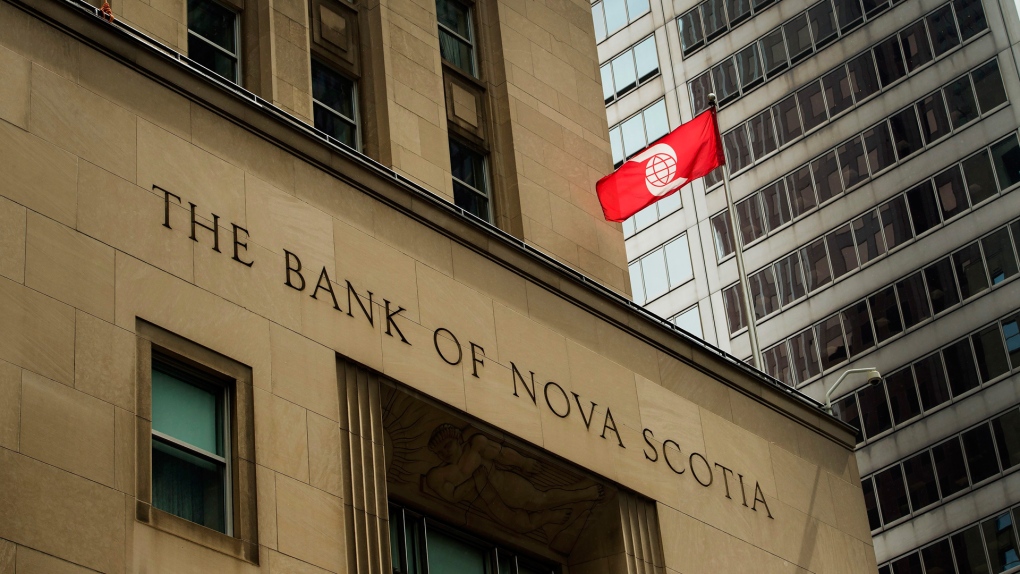 The Bank of Nova Scotia building is shown in the financial district in Toronto on August 22, 2017. THE CANADIAN PRESS/Nathan Denette

TORONTO -- Canada's top banks are shedding workers for the second straight year, moving toward leaner operations to satisfy investors demanding returns on tens of billions of dollars that lenders have poured into new technologies.

Five of Canada's six biggest banks cut their workforces 4.4% from a year earlier to a combined total of 291,409 full-time equivalent employees as of Jan. 31. That is down 5.2% from a peak in the third quarter of 2019.

Despite growing optimism about a robust economic recovery, loan growth outside of mortgages has been stagnant due to the relatively slow pace of COVID-19 vaccinations in Canada and renewed lockdowns in some major cities.

Banks are likely to continue investing in technology at similar levels as the past few years, which will be "welcomed by investors as long as earnings and dividends continue to grow, and especially if tech investment displaces some labor costs," he said.

The pullback in headcounts follows combined quarterly year-on-year growth of 4% to 5% in 2018 and 2019 across the six big banks. The cuts have reduced efficiency ratios, or non-interest expenses as a proportion of revenues, by about 2 percentage points from a year ago at most banks, disclosures show.

The phenomenon isn't unique to Canada. U.S. and European banks last year joined Bank of Montreal and Canadian Imperial Bank of Commerce in announcing or resuming layoffs, with the former expected to shrink headcounts by an average of 5-10%.

While job cuts at banks in other countries have included technology roles, Canadian lenders are still growing in this area because their digital shift has lagged.

Toronto-Dominion Bank has been expanding its technology teams while redeploying employees from temporarily closed branches to other areas, chief executive Bharat Masrani said in an interview.

TD's workforce has shrunk by about 0.7% from its peak in the fourth quarter of 2019, following quarterly growth of 4-6% over the prior year.

"You should view this as the bank constantly adapting to evolving expectations," Masrani said. TD declined to comment on its technology spending plans.

Bank of Nova Scotia (Scotiabank), which has been divesting some international operations, and BMO, which has been working on improving efficiencies, have had the biggest year-on-year headcount reductions, 9.5% and 5.3% respectively.

Royal Bank of Canada, the country's biggest lender, has been the only one to grow its workforce, by 1.9% from a year earlier, as it expands its wealth management divisions in the U.S. and Canada.

In February, CIBC executives said the bank had saved $800 million over the past five years by streamlining operations. It reinvested the funds in high-growth areas, and accelerated technology spending.

Much of the technology investment so far has gone into automating manual processes such as enabling online mortgage applications and e-signing documents. Future investments will likely focus on beefing up cybersecurity, upgrading systems, and data and analytics, said Robert Colangelo, senior vice president for credit ratings at DBRS Morningstar.

Headcounts are unlikely to "grind lower for years and years," but they are expected to lag revenue growth, said Brian Madden, portfolio manager at Goodreid Investment Counsel, who estimates that lenders have invested a combined $10 billion annually in technology in the last few years.

With labour the biggest part of non-interest expenses, and the pandemic's "unexpected turbo boost" to customer adoption of online banking, "most of the return on investment in tech spend is going to have to come from efficiency gains/headcount reductions," he said.