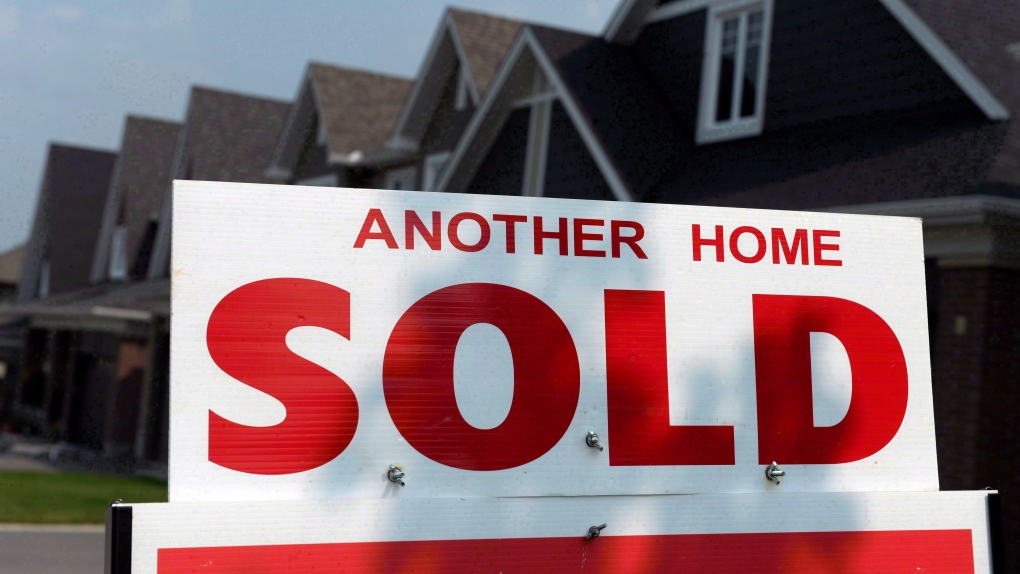 A for sale sign displays a sold home in a housing development in Ottawa on July 6, 2015. THE CANADIAN PRESS/Sean Kilpatrick

Canadian mortgage rates are beginning to inch higher for the first time since before the COVID-19 crisis, reflecting the spike in long-term bond yields, but with home loans still languishing around historically low levels the modest hike is unlikely to slow the red-hot housing market.

The lowest rate for a Canadian five-year fixed rate mortgage, the most common mortgage in Canada, climbed by 25 basis points last week to 1.64%, according to Ratehub.ca. It was the first increase since January 2020. The move could encourage buyers to lock in historically low borrowing costs before they rise further.

Mortgage rates had been trending lower in Canada since the Bank of Canada slashed its benchmark interest rate last March to a record low of 0.25% to support the economy during the pandemic. So the move-up in mortgage rates is a sea change for home buyers, providing a sense that a bottom could be in place.

There was "a stampede to lock in rates last week and get pre-approvals," said James Laird, co-founder at Ratehub.ca, which compares rates on mortgages, insurance and credit cards. "There could be more increases coming."

TD Bank and National Bank of Canada told Reuters they have raised rates on at least some mortgage products, but Royal Bank of Canada, the country's biggest lender, said it has not raised mortgage rates recently.

Canada's other top six banks had not yet responded to a request for comment.

The low mortgage rates, pent-up demand and fewer listings amid the pandemic have lit a fire under the Canadian housing market. More than 550,000 homes, a record, traded hands in 2020, according to the Canadian Real Estate Association, with its Home Price Index rising at an annual rate of 13.5% in January.

Mortgage rates tend to track moves in the bond market with a lag. Canada's five-year yield has more-than doubled since the start of the year, briefly trading above 1% last Friday, as investors bet that the rollout of COVID-19 vaccines would boost economic activity.

"I would say the rise in interest rates comes a little bit earlier than anticipated, but it also came alongside some better than anticipated news" on the economy, said Royce Mendes, senior economist at CIBC Capital Markets.

Canada's economy grew at an annualized rate of 9.6% in the fourth quarter, Statistics Canada said on Tuesday, well above the Bank of Canada's forecast of 4.8%.

The strength of the real estate market has started to cause some discomfort for policymakers. Last week, Bank of Canada governor Tiff Macklem said for the first time that the central bank is starting to see signs of froth.

The increase in rates so far is not seen as a game-changer.