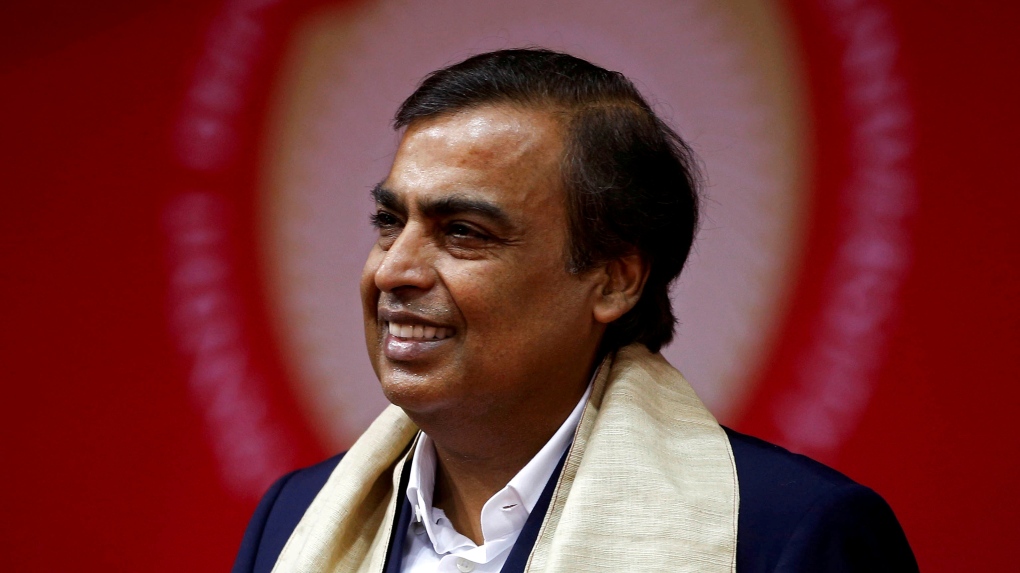 Mukesh Ambani, one of the world's richest men, is launching Pret A Manger in India, adding the British coffee and sandwich store brand to a huge business empire that spans energy, retail and telecommunications. (Amit Dave/Reuters/CNN)

One of the world's richest men is launching Pret A Manger in India, adding the British coffee and sandwich store brand to a huge business empire that spans energy, retail and telecommunications.

A unit of Mukesh Ambani's conglomerate Reliance Industries said on Thursday that it has entered into a "long-term master franchise partnership" with Pret A Manger and will "launch and build the brand in India."

Darshan Mehta, the managing director of Reliance Brands, said in a statement that the partnership was rooted in the "strong growth potential" of the Pret brand and India's food and beverage industry.

With its population of 1.3 billion and rapid growth, India is a key market for international food brands, including coffee shops. In 2012, Starbucks opened its first store in the country, by partnering with a unit of India's largest conglomerate Tata Group.

Mehta said that Pret A Manger — which means "ready to eat" in French — has strong brand recognition in the South Asian country.

Pret A Manger opened in London in 1986 and now has more than 500 shops in the United Kingdom, United States, France, Dubai and Hong Kong. Last September, it announced plans to double the size of the business within five years, including moving into five new markets by the end of 2023.

Reliance Brands said it would "open the food chain across the country starting with major cities and travel hubs," but a spokesperson declined to share more details.

This is not the first time Ambani has struck a deal with a major British brand. In 2019, Reliance bought iconic toy store Hamleys from its Chinese owner C Banner International for around £68 million (US$88 million).

According to the Bloomberg Billionaires Index, Ambani is currently worth $93 billion, making him the second richest Indian, and the ninth wealthiest person in the world.