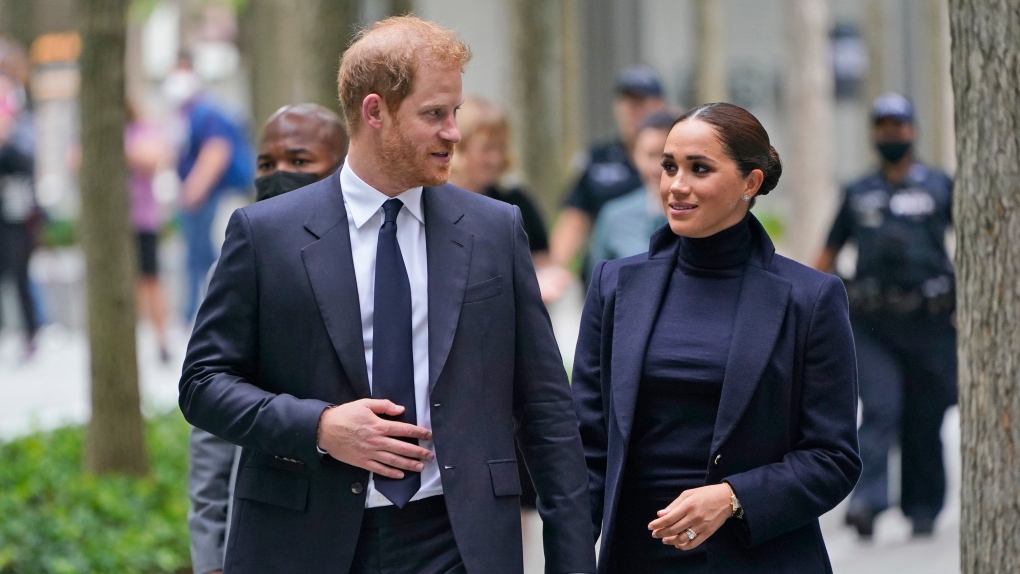 "It was a lovely meeting," Markle told reporters as the couple left UN headquarters.

Mohammed welcomed the commitment and work of the Duke and Duchess of Sussex on the 17 Sustainable Development Goals, the United Nations said. The goals were created by the United Nations in 2015 and tackle issues such as ending hunger and poverty, achieving gender equality and combating climate change.

The couple are in New York to attend the Global Citizen Live concert in Central Park later on Saturday, which aims to push for greater action to combat climate change and urge rich countries to share one billion doses of COVID-19 vaccines with nations most in need.

On Thursday, the 37-year-old prince and Meghan, 40, visited the city's memorial for the Sept. 11, 2001, attacks on the World Trade Center. They were accompanied by New York Governor Kathy Hochul and New York City Mayor Bill de Blasio.

The couple quit their royal duties last year to build an independent life and moved from Britain to California, where they live with their two children - two-year-old Archie and Lilibet, who was born in June.

They have launched their Archewell Foundation, as well as cutting lucrative deals for producing TV shows and a podcast. Last week the couple graced the cover of Time magazine's annual 100 most influential people in the world issue.

The United Nations said that during the meeting on Saturday, Mohammed "also commended the initiatives of the Archewell Foundation in promoting vaccine equity around the world."

World leaders returned to the United Nations over the past week with a focus on boosting efforts to fight both climate change and COVID-19. Last year leaders sent video statements for the annual high-level UN General Assembly instead of traveling to New York amid the pandemic.