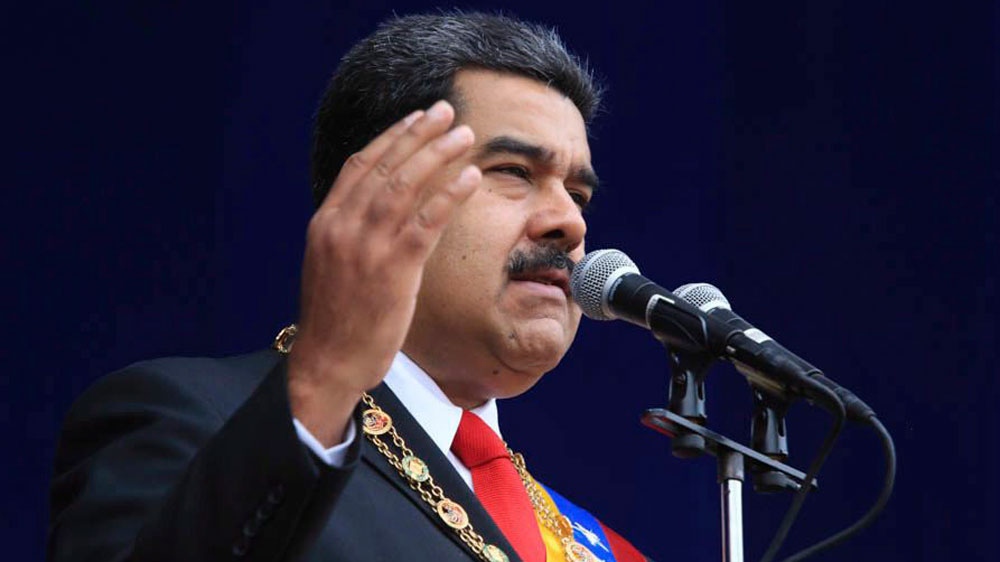 Michelle Bachelet's report focusing on the last 18 months follows her trip to the troubled South American country last month and draws upon over 550 interviews conducted by her office with rights defenders, victims, witnesses of rights violations and other sources. She and her teams held nearly 160 meetings with state and other stakeholders. Bachelet, a former Socialist president of Chile, herself met with Venezuelan President Nicolas Maduro last month.

Authorities in Maduro's government tallied 5,287 killings during security operations that were classified as cases of "resistance to authority," plus another 1,569 this year through May 19, the report said. It also cited separate figures by the Venezuelan Violence Observatory of at least 7,523 such killings of that type last year, plus at least 2,124 from January to May this year.

"The incidence of alleged extrajudicial killings by security forces, particularly the special forces (FAES), in the context of security operations has been shockingly high," Bachelet's office said.

Interviewees consistently referred to FAES as a "death squad" or "extermination group." NGOs say the FAES is responsible for hundreds of killings.

Among more than 20 recommendations on issues like ensuring media freedom and providing proper health care, she called for disarming and disbanding pro-government armed groups known as "collectivos."

The report from an ostensibly impartial observer like the United Nations comes as Venezuela's internal turmoil of recent years has divided the international community. Over 50 countries, including the United States, many South American neighbours of Venezuela and European nations, have recognized opposition leader Juan Guaido as Venezuela's legitimate leader, even though Maduro remains in power.

"There are countless inaccuracies, errors, facts taken out of context and false assertions," it said.

Venezuelan officials insisted the report overlooked visits by U.N. observers in March to jails, hospitals, public housing programs and distribution centres for medicine and food, and said it "omits in its entirety the achievements and advances achieved" by the country in the field of human rights.

Maduro's government has been struggling to regain control of the international narrative about the oil-rich country, notably through its recent overtures to international groups like the Red Cross and U.N. agencies -- many of which are trying to help beleaguered civilians. The U.N. says that more than 4 million people have left the country in recent years, putting strains in particular on neighbours Brazil and Colombia, as well as Peru.

Many findings of the report highlighted well-worn themes during Venezuela's continued economic and political crisis: the impact of international sanctions against Maduro's government, a wobbly health care system, rising disease, food shortages and the strains caused by runaway inflation. It cited repression of political opponents, arbitrary detentions and cases of torture and cruel treatment including electric shocks, suffocation with plastic bags, water boarding, and sexual violence.

"We have the government's commitment to work with us to resolve some of the thorniest issues -- including the use of torture and access to justice -- and to allow us full access to detention facilities," Bachelet said in a statement.

"We should all be able to agree that all Venezuelans deserve a better life, free from fear and with access to adequate food, water, health care, housing and all other basic human needs," she added.

Tamara Taraciuk Broner, senior Americas researcher at Human Rights Watch, praised the report for exposing human rights violations like the excessive use of force, torture and extra-judicial killings. But she said it failed to call for a commission to investigate the violations and urged Bachelet to clearly lay out the government's responsibility for the deepening humanitarian crisis.