Ukraine invasion a 'suicidal' decision, would be end of Putin's regime: historian

A Russian-American historian says a full-scale war between Russia and Ukraine would have "tragic" consequences for the Ukrainians, and would lead to the end of Russian President Vladimir Putin's regime.

"The Russian Federation will collapse, believe it or not," Yuri Felshtinsky told CTV News Channel. "In a similar way the Soviet Union collapsed as a result of Soviet invasion of Afghanistan."

Felshtinsky says Putin was unprepared for the Ukrainian resistance and international blowback after annexing the Crimean Peninsula.

The historian says that in 2014, Putin hoped that Ukraine was going to surrender, but "now he knows that this is not going to happen." 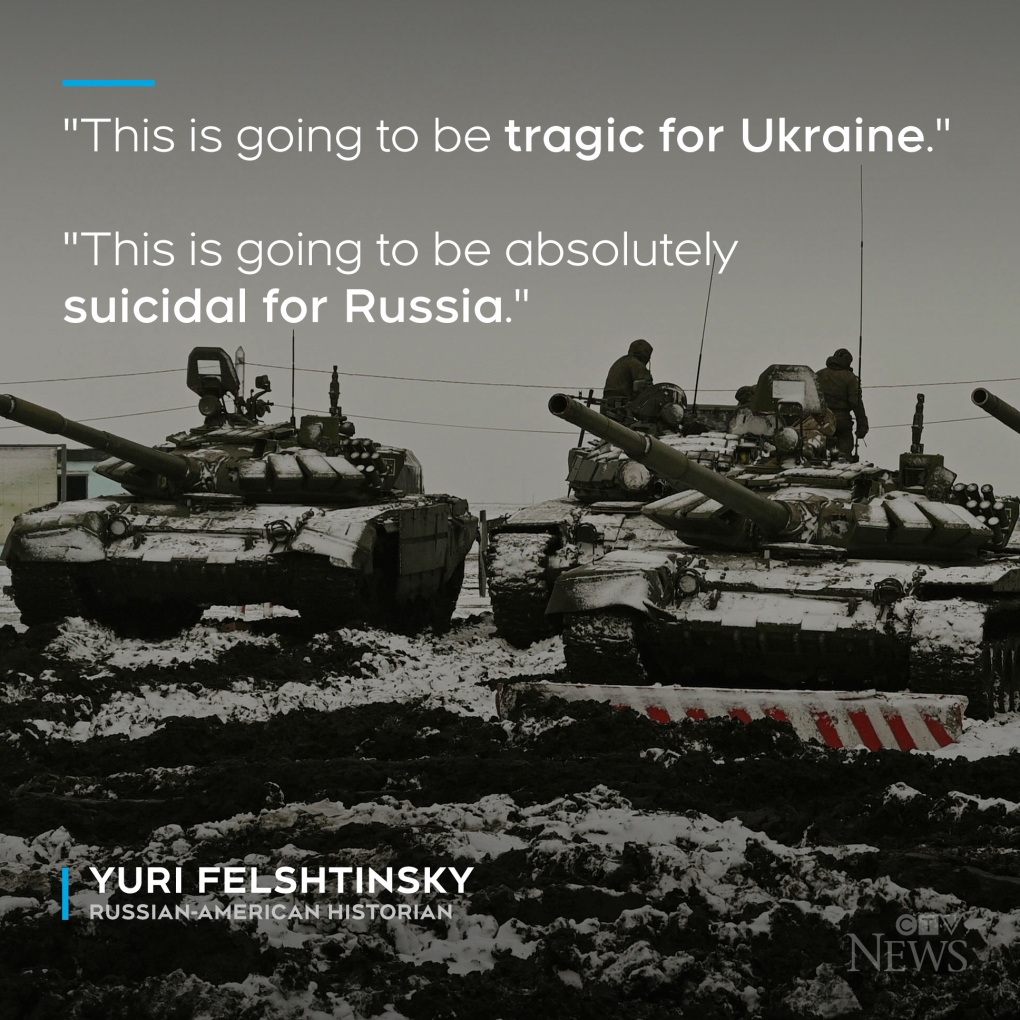 The conflict in 2014 hurt Russia with damaging international sanctions that cost "much more than it brought in territorial gains," according to Felshtinsky.

Despite these sanctions and continuing skirmishes by Ukrainian forces and Russia-backed separatists, Felshtinsky warns that Putin won't stop trying to seize more territory or regain control of former Soviet republics.

"There is no way he's going to stop."

The Russian annexation of Crimea in 2014 and the 2008 war with Georgia show that Putin is determined to expand Russia "piece by piece," says Felshtinsky.

He thinks that these actions, and the increasingly militaristic propaganda within Russia, indicate that Putin is getting ready "for a full-scale war."

However, Felshtinsky says open conflict isn't a forgone conclusion yet, and the "unprecedented" military buildup at the Ukrainian border may just be a "bluff" by Putin.

"The best case probably is this is just a bluff."

Watch more by clicking on the video at the top of this article.