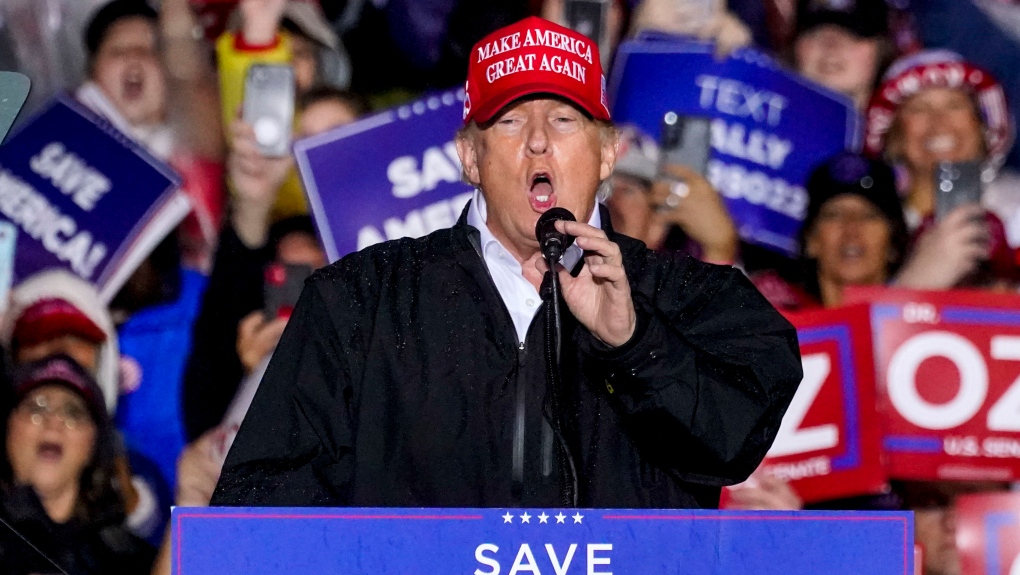 Former U.S. President Donald Trump must answer questions under oath in the New York attorney general's civil investigation into his business practices, a state appeals court ruled Thursday, rejecting his argument that he be excused from testifying because his answers could be used in a parallel criminal probe.

“The existence of a criminal investigation does not preclude civil discovery of related facts, at which a party may exercise the privilege against self-incrimination,” the appellate panel wrote, citing the Fifth Amendment to the U.S. Constitution and other legal protections for witnesses.

Lawyers for the Trumps agreed in March that they would sit for depositions within 14 days of an appellate panel decision upholding Engoron's ruling. They could also appeal the decision to the state's highest court, the Court of Appeals, delaying the matter and the Trumps' potential testimony indefinitely.

A message seeking comment was left with lawyers for the Trumps.

James lauded the ruling, which came just two weeks after the appellate panel heard oral arguments in the case. She tweeted that her investigation “will continue undeterred because no one is above the law.”

“Once again, the courts have ruled that Donald Trump must comply with our lawful investigation into his financial dealings,” James said in a written statement. “We will continue to follow the facts of this case and ensure that no one can evade the law.”

James has said her investigation has uncovered evidence Trump's company, the Trump Organization, used “fraudulent or misleading” valuations of assets like golf courses and skyscrapers to get loans and tax benefits. Ivanka and Donald Trump Jr. have both been executives in the Trump Organization and are among their father's most trusted allies.

The appellate panel, in its ruling, described the investigation as focusing on whether the Trumps “committed persistent fraud in their financial practices and disclosures.”

Trump, a Republican, denies the allegations and has said James' investigation in part of a politically motivated “witch hunt.”

In appealing Engoron's subpoena ruling, his lawyers argued that James, a Democrat, was engaging in “selective prosecution.” The appellate panel rejected that, saying the investigation was on solid legal footing and that the Trumps showed no evidence they or their company were “treated differently” than other companies under similar scrutiny.

A lawyer for the Trumps, Alan Futerfas, told the appellate panel in oral arguments on May 11 that James appeared to be using civil subpoenas to get around a New York law that requires immunity for people testifying before a criminal grand jury.

Judith Vale, arguing on behalf of James' office, countered there was ample evidence from the civil investigation to support subpoenas for the Trumps' testimony.

She also cited legal precedent allowing the attorney general's office to do so, and said the Trumps could always invoke their Fifth Amendment right against self-incrimination - as Trump's son Eric did hundreds of times in a 2020 deposition.

Appellate Court Judge Rolando T. Acosta appeared to agree with that position, foreshadowing Thursday's ruling as he questioned Futerfas from the bench.

Anything Trump says in a civil deposition in James' investigation could be used against him in the criminal probe being overseen by Manhattan District Attorney Alvin Bragg.

Last summer, spurred by evidence uncovered by James' office, the DA's office charged the Trump Organization and its longtime finance chief, Allen Weisselberg, with tax fraud, alleging he collected more than US$1.7 million in off-the-books compensation. Weisselberg and the company have pleaded not guilty.

Thursday's appellate court ruling was the latest in a flurry of legal activity involving Trump and the attorney general's investigation in the last few weeks.

Last week, Trump paid US$110,000 in fines and met several other conditions as he seeks to end a contempt of court order Engoron issued on April 25 after he was slow to respond to another subpoena from James seeking documents and other evidence.

On Monday, James' office said it had subpoenaed Trump's longtime executive assistant, Rhona Graff, and planned to question her under oath next week in the probe.

Meanwhile, a federal judge in New York is expected to rule soon in a lawsuit Trump filed against James in December in an attempt to shut down her investigation. Trump's lawyers want an injunction to halt the probe. James' office is seeking to throw out the lawsuit.

At a May 13 hearing in the federal case, a lawyer for James' office said it was “nearing the end” of the probe and that “there's clearly been a substantial amount of evidence” to support a civil enforcement proceeding, although a final determination hasn't been made.

Since James' investigation is civil in nature, she could end up bringing a lawsuit and seeking financial penalties against Trump or his company, or even a ban on them being involved in certain types of businesses.

That's what happened in January when a judge barred ex-drug company CEO Martin Shkreli from the pharmaceutical industry for life.

BREAKING | Several taken to hospital after shootout erupts at bank in Saanich, B.C.

Five people were taken to hospital and two suspects have been arrested after a shootout with police at a bank in Saanich, B.C.

John Horgan announced Tuesday afternoon that he will step down as premier of British Columbia.