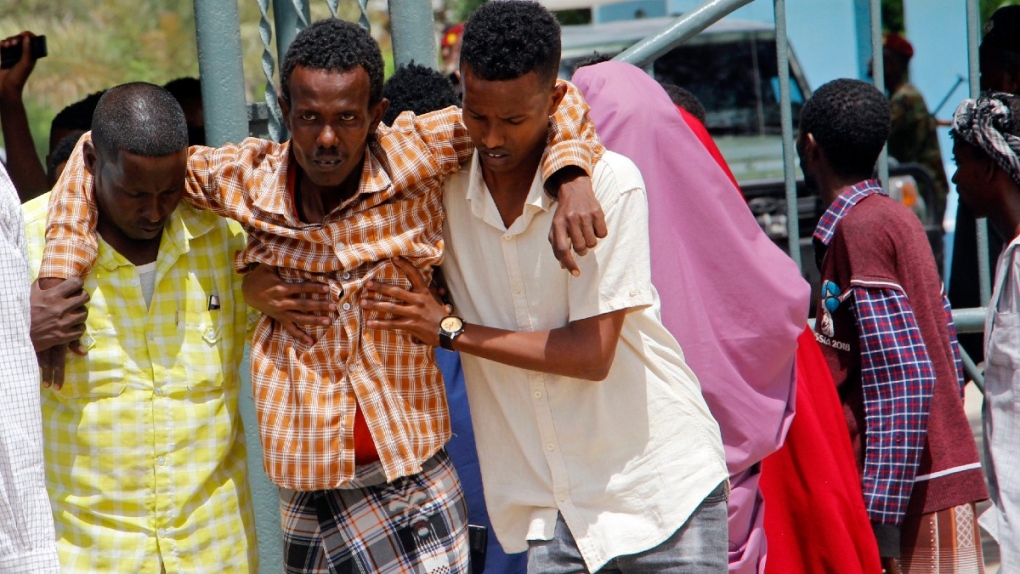 Somalis help a civilian who was wounded in suicide bomb attack at a military base in Mogadishu, Somalia, June 15, 2021 (Farah Abdi Warsameh / AP)

MOGADISHU, SOMALIA -- Police in Somalia say at least 15 people were killed and more than 20 others wounded when a suicide bomber attacked a military training centre in the capital, Mogadishu, on Tuesday.

Police spokesman Sadiq Ali Aden told reporters that the bomber, wearing an explosives-packed vest, impersonated a trainee to enter the camp in the city's Medina district.

The training centre is used by the Somali National Army for new recruits.

All of the dead and wounded were rushed to the Medina hospital, where health officials said at least 14 were seriously wounded. Hundreds of people gathered at the hospital to check whether loved ones were among the victims.