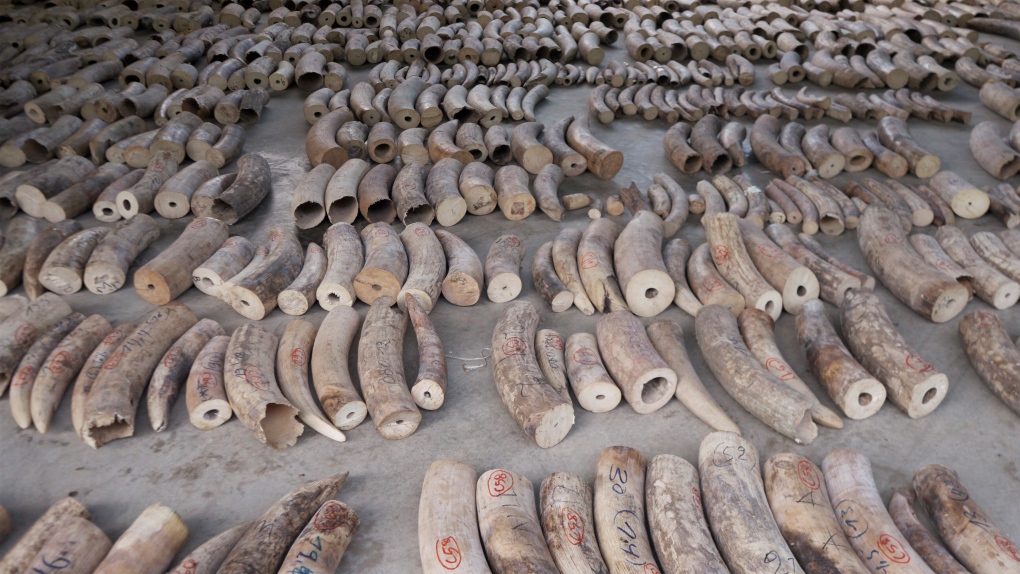 Singapore has seized about 12 tons of pangolin scales belonging to around 2,000 of the endangered mammals and nearly 10 tons of elephant ivory.

The National Parks Board, Singapore Customs and the Immigration and Checkpoints Authority said Tuesday it was the city-state's third major seizure of pangolin scales this year and its largest seizure of elephant ivory to date.

An announcement said authorities on Sunday seized 13.1 tons of pangolin scales as well as tusks from nearly 300 African elephants from containers being shipped to Vietnam. The pangolin scales were valued at $35.7 million and the tusks at $12.9 million.

The pangolin is said to be the most widely trafficked mammal in the world. Its scales are made of keratin and are ground up to use in traditional medicines.