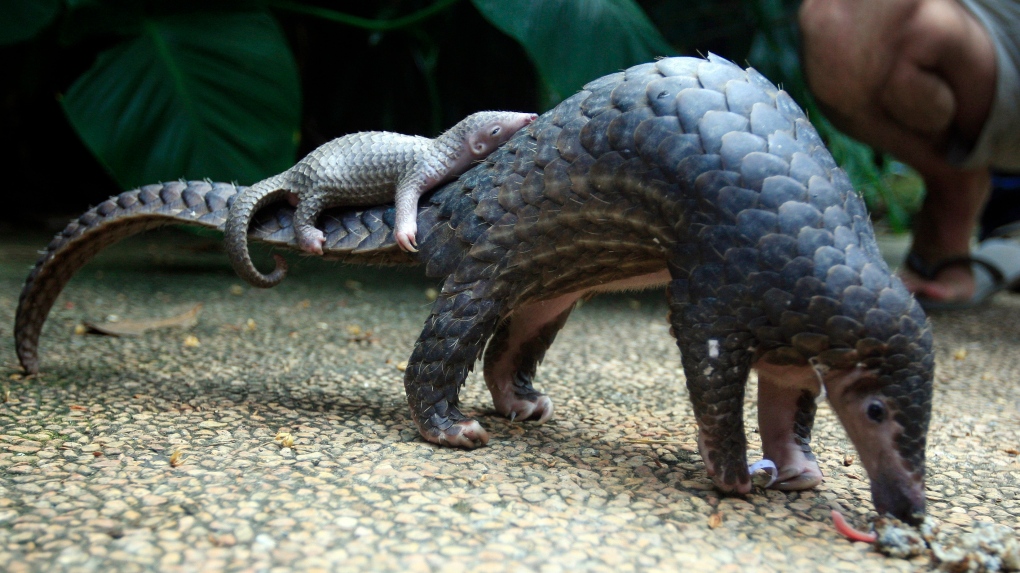 In this Thursday, June 19, 2014 file photo, a pangolin carries its baby at a Bali zoo in Bali, Indonesia. (AP Photo/Firdia Lisnawati)

HANOI, Vietnam -- Authorities have seized 7.5 tons of elephant ivory and pangolin scales in one of Vietnam's biggest wildlife trafficking cases.

The 3.5 tons of ivory and 4 tons of pangolin scales were found Wednesday in barrels when customs officers checked a shipping container arriving at northern Hai Phong port, the Vietnam News Agency reported.

The steel barrels containing the ivory and scales were mixed with ones containing tar to conceal the trafficked animal parts from customs authorities.

The freight was addressed to a logistic company in Hai Phong city, but the news website said no one had claimed ownership of the shipment. No details were available on its origin.

Poaching and trading of ivory tusks and pangolins carry penalties of up to 5 years in jail in Vietnam. However, the Southeast Asian country is also a common destination for trafficked wildlife parts and a transit point for ivory and other trafficked materials to China.

The pangolin is said to be the most widely trafficked mammal in the world. Its scales are made of keratin and are ground up to use in traditional medicines.