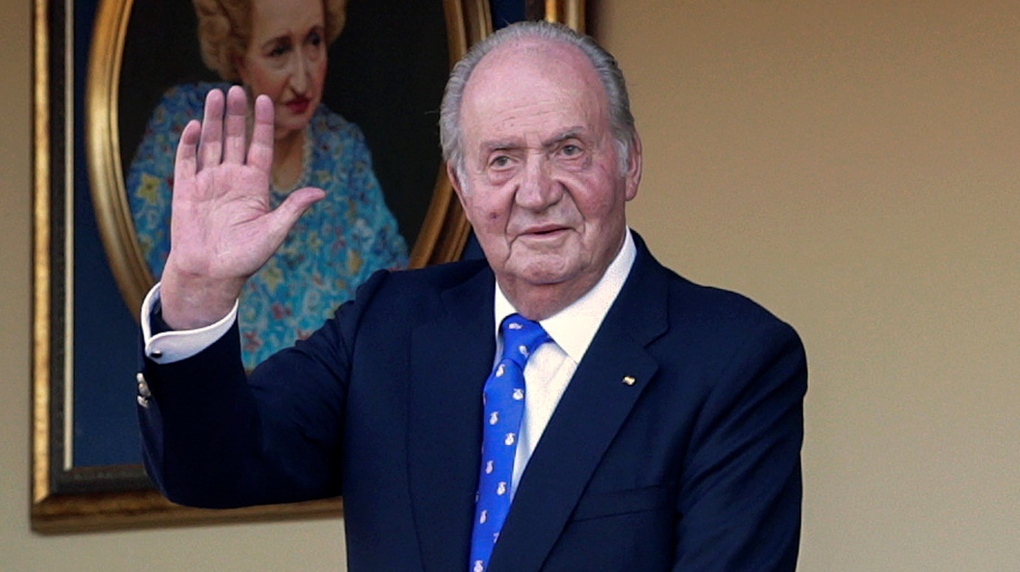 Spain’s former king is set to return to the country Thursday for his first visit since leaving nearly two years ago amid a cloud of financial scandals.

The royal household said Juan Carlos I would first visit the northwestern town of Sanxenxo, where a yachting event is scheduled. He plans to travel to Madrid on Monday to see his son, King Felipe VI, and other members of the royal family, the palace said in a statement issued late Wednesday.

The royal palace says the 84-year-old ex-monarch would return on Monday to his “permanent and stable residence” in Abu Dhabi, the capital of the United Arab Emirates. It said his visit reflects Juan Carlos’ desire to “travel frequently to Spain to visit family and friends.”

Juan Carlos left Spain in August 2020 as Spanish and Swiss prosecutors investigated his involvement in alleged financial wrongdoings. The scandals renewed debate over whether Spain should have a monarchy.

Spanish media said a private flight carrying the former monarch was expected to arrive in northwestern Spain in the early evening. News of the former king's imminent return divided opinion among the country's politicians.

Yolanda Díaz, the second deputy prime minister and a senior member of the United We Can (Unidas Podemos) party, echoed that view.

“To me, it doesn't matter where the king is,” she told reporters. “What I do believe, for the dignity of an institution like the Royal House — and this is coming from someone who is not a monarchist — is that he should be held accountable and explain to Spaniards what he did while he was the head of state.”

Others said it was time to turn the page. “Prosecutors have already said that there were irregularities and that these irregularities are not subject to criminal prosecution,” said Edmundo Bal, spokesperson for the Ciudadanos party. “That’s it. Period.”

Spanish prosecutors didn’t find evidence to take the former monarch to court because much of the alleged misbehaviour, involving millions of euros (dollars) in undeclared accounts, happened when Juan Carlos had legal immunity as Spain’s king. Other acts of potential fraud fell outside the statute of limitations.

The investigations led to the recovery of 5.1 million euros (US$5.4 million) in fines and taxes for income that Juan Carlos had failed to declare to Spanish tax authorities, the prosecutors said in their conclusions.

Although Juan Carlos was not among the main subjects of the Swiss probe, prosecutors there said they discovered he received $100 million from the Saudi finance ministry in 2008, before he stepped down as king. The investigation also turned up millions more received by the king or his former partner, Danish-German entrepreneur Corinna Larsen.

Since becoming king in June 2014, Felipe VI has tried to distance himself from his father. He removing Juan Carlos from the royal house’s payroll to help rebuild the Spanish crown’s image.

Juan Carlos served as king from Nov. 1975 until he abdicated and his son took his place. As monarch, Juan Carlos helped steer Spain back to democracy following the 1975 death of dictator Gen. Francisco Franco, making him once Spain’s most respected public figures.

But scandals of one type or another involving the family began to mount in the later years of his reign. He abdicated in 2014, ending a 39-year-long term as monarch.