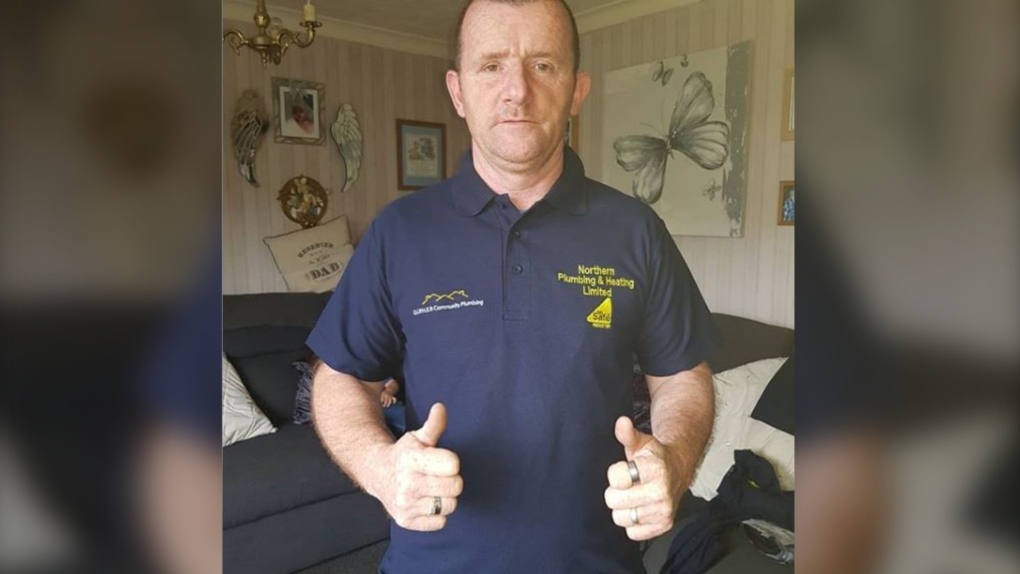 A big-hearted gesture by a plumber has gone viral after he waived the fee for work on a dying woman’s home heating system.

A receipt for the three-day job shows the 91-year-old woman with leukemia, who lives in the north of England, would not be charged "under any circumstances."

The invoice from plumber James Anderson was shared on Twitter by the woman's daughter and has since been liked hundreds of thousands of times.

"No charge for this lady under any circumstances. We will be available 24 hours to help her and keep her as comfortable as possible.”

Anderson, a father of five and grandfather of three, told CTVNews.ca he was overwhelmed by the response to the tweet and revealed he has received more than $33,000 in donations in a single day thanks to international media attention.

“She deserved it, she’s a lovely woman and reminded me of my grandmother,” Anderson, 52, told CTVNews.ca in a phone interview.

Anderson, originally from Liverpool but living in Burnley, was inspired to start DEPHER (Disabled & Elderly Plumbing and Heating Emergency Repair), a not-for-profit plumbing company, in March 2017 after witnessing a disabled man being fleeced by another plumber.

“I needed a strategy to help keep people away from scams like that and contacted my accountant who suggested I set up a non-profit,” he said.

So far DEPHER has completed 2,389 jobs for vulnerable people, mostly for free or for a big discount of 25 to 50 per cent.

“A lot of the elderly and disabled are scared to ask for help because they’re scared of rejection… and that puts them in a very dangerous situation. Their lives are on the line,” he told CTV News.

“DEPHER takes the stigma away and gives them their help back.”

Anderson, a former garbage collector, retrained as a plumber in 1998 and still does other work under his company name Northern Plumbing and Heating.

He called his 91-year-old customer every day while working on the job and made follow-up visits to check that the senior’s home was warm throughout.

Anderson told CTVNews.ca that his customer’s daughter Christine “broke down crying when she got the invoice.”

“I was aware she (Christine) had put it on Twitter and then it went viral,” he said. “It’s totally unbelievable.”

Anderson estimated the cost of the work to fix the heating issue was around $800.

He now hopes to expand his altruism across the U.K.

“The funds that are raised for DEPHER will be used to purchase materials and pay for the cost of travel and insurance, also we need to advertise this project in every city in the U.K,” Anderson writes on DEPHER’s GoFundMe page.

“DEPHER delivers a lifeline to these people so they can stop worrying about having enough money for food or gas and electricity, it is not that they want it for free or even ask for a free service, it is because I believe they deserve this service.

“So please understand that this is for them, the vulnerable members of your and our family and community, together we can create better towns, better cities, and better communities,” reads the online fundraiser.

DEPHER recently received a donation from the Duchy of Lancaster Benevolent Fund, the Queen’s charity, for around $3,000.