Immigrant gets 38 years in prison for fatal Arizona robbery

Immigrant gets 38 years in prison for fatal Arizona robbery 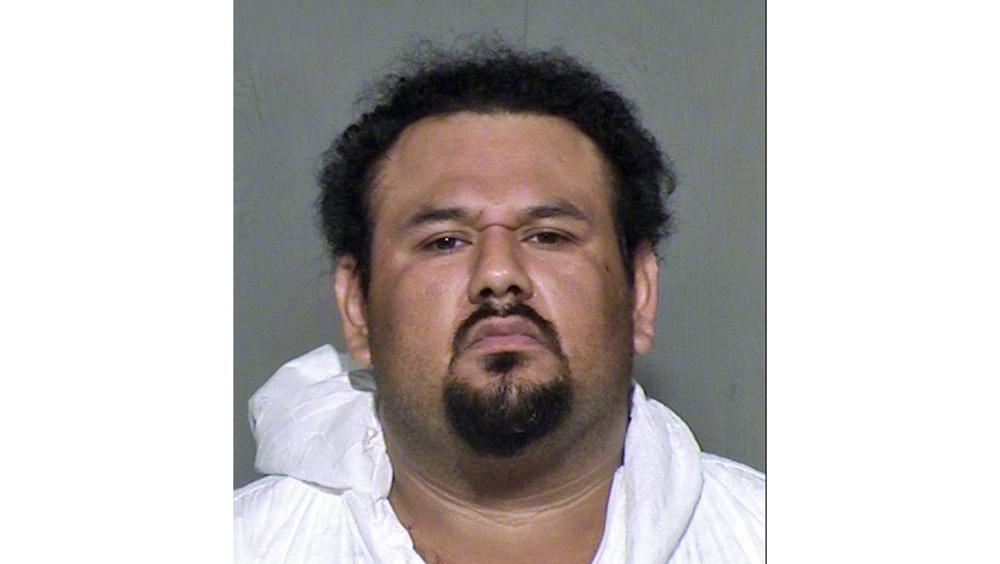 This undated booking photo provided by the Maricopa County, Ariz., Sheriff's Office shows Apolinar Altamirano, who was sentenced to 38 years in prison on Friday, Aug. 19, 2022, for the 2015 shooting death of convenience store clerk Grant Ronnebeck in Mesa, Ariz. Prosecutors had initially sought the death penalty against Altamirano, but a court later ruled prosecutors couldn't pursue his execution because Altamirano is intellectually disabled. (Maricopa County Sheriff's Office via AP, File)
PHOENIX -

A Mexican immigrant was sentenced to 38 years in prison for killing an Arizona convenience store clerk during a 2015 robbery that was cited by former president Donald Trump and other Republicans in complaints about immigrants who commit crimes while in the U.S. illegally.

Prosecutors had initially sought the death penalty against Apolinar Altamirano in the attack on Grant Ronnebeck, the 21-year-old clerk who was fatally shot over a pack of cigarettes at the store in Mesa. But a court later ruled prosecutors couldn't pursue his execution because Altamirano is intellectually disabled.

"I frankly think you should probably never get out of prison, but I will follow the plea that was brokered between the state and the defence," the judge said, referring to Altamirano's earlier guilty pleas to murder, robbery and other charges.

After killing Ronneback, police say Altamirano led officers on a high-speed chase before his arrest, and a handgun and unopened pack of cigarettes were later found in his vehicle.

Ronnebeck's family members expressed their grief over his death, describing him as a big-hearted person whose life was taken away unfairly.

The killing was cited by Trump at a rally during his 2016 campaign. In his first week as president, Trump created an office to serve the victims of immigrant crime and their relatives.

While studies suggest immigrants are less likely to commit crime than people born in the U.S., Trump relentlessly sought to establish a link and portrayed Mexicans in the country illegally as violent criminals. The Biden administration closed the Trump-era office in 2021, replacing it with what it said was a more comprehensive and inclusive victim support system.

Altamirano, a citizen of Mexico who has lived in the U.S. without authorization for about 20 years, had been deported and returned to the U.S. in the past.

Federal immigration officials had said Altamirano, who was sentenced to probation in 2013 after pleading guilty to a charge of facilitation to commit burglary, was awaiting deportation hearings at the time of Ronnebeck's shooting death.

Emily Wolkowicz, one of Altamirano's lawyers, said her client suffered neglect and abuse as a child that affected his cognitive reasoning abilities and was unable to function alone as an adult without the help of his wife. When his wife died, he fell into depression and made bad choices.

"I did not mean to kill. I was going through so much. I am not that kind of person," Altamirano said. "This is from my heart. I care for people."

He was given credit for the 7 1/2 years he spent in jail awaiting trial in Ronnebeck's killing.