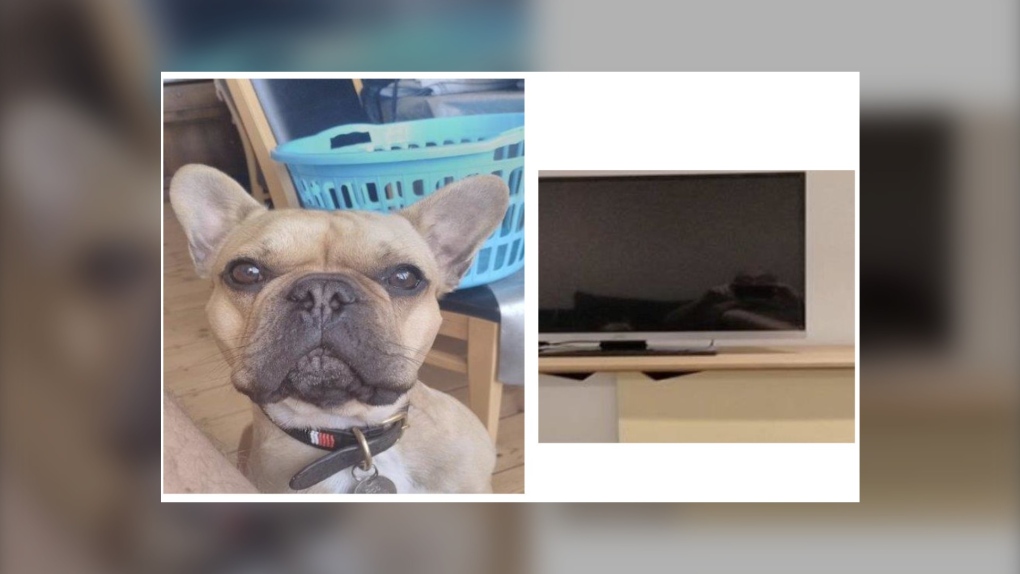 A photo of a pet dog named Bob and a selfie. (Handout via U.K.s National Crime Agency)

According to U.K.s National Crime Agency (NCA), alleged drug trafficker Danny Brown was using an encrypted communications app when he sent a photo of his dog to his buddy and alleged co-conspirator Stefan Baldauf.

The NCA said Brown was using the EncroChat app under the handle "throwthedice" to communicate with Baldauf as they planned to move 448 kilograms of MDMA to Australia.

Problem was, authorities had intercepted some of the communications between the two, including the photo of Bob.

"These men thought they were safe on EncroChat but my officers did a superb and painstaking job of building the evidence against them through a mixture of traditional and modern detective skills," Chris Hill, NCA operations manager, said in a statement.

NCA said investigators were able to pinch and zoom in on the photo of the French bulldog and noticed there was a phone number. Turns out the phone number belong to Brown's partner and investigators used it, among other tactics, to tie Brown to an alleged plot to ship ecstasy to Australia.

What's more, the two men also sent accidental selfies to each other on the EncroChat app, allowing investigators to further tie the two to the plan to hide drugs in the arm of a construction digger before shipping it Down Under.

"Brown and Baldauf's accidental selfies and the photo of Bob the dog were the cherry on the cake in proving who was operating those handles," Hill said.

Brown and his crew had organized a fake auction to make the shipping of the drug-filled construction equipment to Australia appear legitimate. The excavator was shipped to Australia in December 2020 and took three months to arrive in Brisbane, according to the NCA.

However, Australian Border Force officers intercepted the shipment, removing the alleged drugs and resealing the machine with a GPS tracker before allowing it to continue to its intended destination.

Brown and Baldauf were eventually convicted of drug trafficking with three other men. Brown was jailed for 26 years while Baldauf was sentenced to 28 years in prison.

"The NCA works with partners at home and abroad to protect the public from the dangers of Class A drugs which wreak so much misery on communities in the U.K.," Hill said.