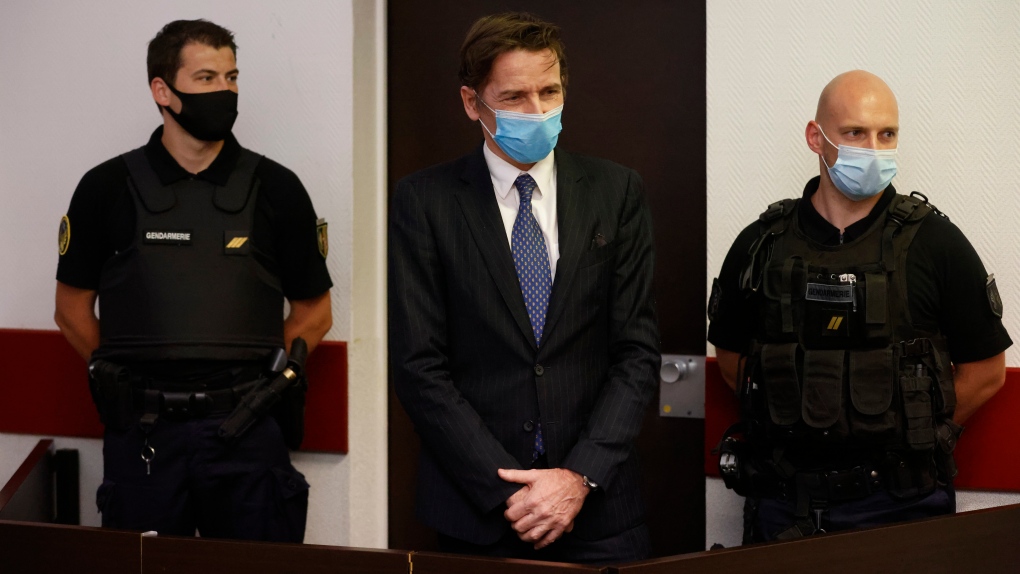 Rémy Daillet-Wiedemann, a former French politician whose popularity grew when he spread QAnon-style conspiracy theories, appears in court in Nancy, France on Wednesday, June 16, 2021, on charges he orchestrated the kidnapping of an 8-year-old girl whose mother had lost custody of her. (AP Photo/Jean-Francois Badias)

PARIS -- A former politician who called for the overthrow of the French government has been charged with terrorism in connection with what authorities have said was an extreme-right plot to attack vaccination centers, a masonic lodge and other targets.

Remy Daillet-Wiedemann was already accused of masterminding the international QAnon-style kidnapping of a girl on behalf of the child's mother, who had lost custody.

He was jailed in eastern France in that case when the new allegations emerged involving many in the same extreme-right circle of his supporters.

During the search for the girl, who was eventually recovered safely in Switzerland, anti-terrorism investigators realized that the abduction involved many people they had placed under surveillance for unrelated far-right extremism.

Daillet was in self-imposed exile in Malaysia at the time but was ultimately forced back to France and was arrested immediately on his return.

Daillet's lawyer, Jean-Christophe Basson-Larbi, described his client as a political prisoner. He said Daillet called only for the peaceful end to the political system and retained his faith in French justice despite the charges against him.

He has vowed to run for president in France's upcoming elections.

Daillet was charged on Friday.