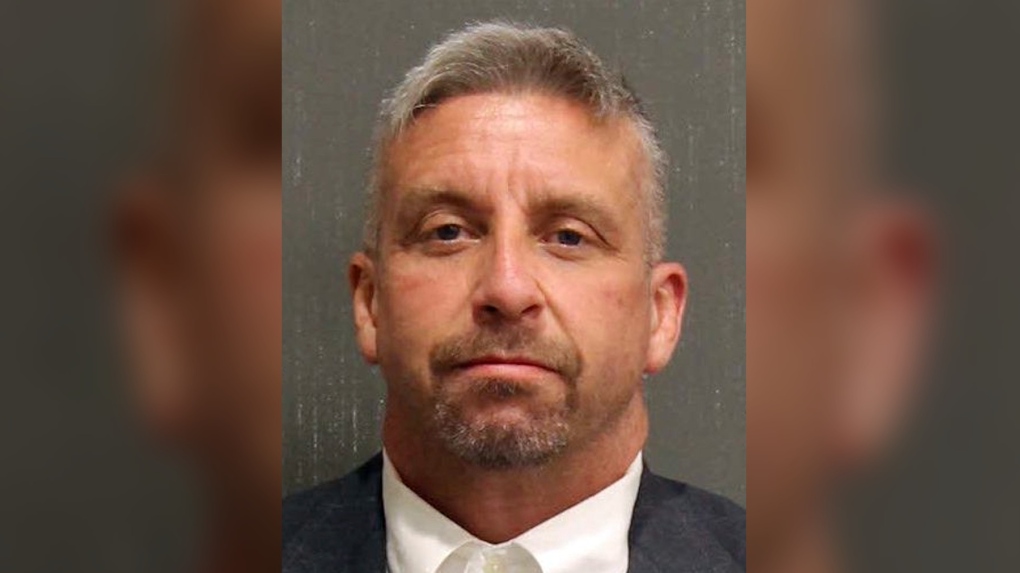 A former Tennessee state trooper has gone missing after he was sentenced for a misdemeanor assault conviction on a charge that he pulled the face mask off a protester during the COVID-19 pandemic in August 2020.

In a Facebook post Monday, Columbia Police said 54-year-old Harvey Briggs was last seen in the city on Oct. 1, the day after receiving a six-month probation sentence, and he was driving a black 2015 Ford Fusion. He pleaded no contest to the assault charge on Sept. 15.

Before he left, Briggs made "several concerning statements" to his family and they haven't heard from him since, police said. Police are asking anyone with additional information to contact them. They did not provide details of Briggs' comments to his family.

Additionally, Briggs had "appeared upset about his probation and verbally expressed his displeasure to the (probation) officer," said Tennessee Department of Correction spokesperson Dorinda Carter.

The terms of Briggs' probation require him to receive permission from his probation officer to leave the county where he lives. Dana McLendon, Briggs' defense attorney, declined to comment Tuesday.

At an August 2021 hearing in Nashville, prosecutors relied on a fellow trooper's testimony that he watched Briggs pull the mask off the face of the protester, Andrew Golden, at the state Capitol complex.

Prosecutors played Golden's widely circulated recording of the encounter, which shows Golden's mask on the ground but didn't capture Briggs removing it, and when Golden said the trooper ripped off his mask, Briggs denied doing so on camera.

The encounter between Briggs and Golden happened as lawmakers reconvened inside the state Capitol for a session in which they passed legislation threatening felony charges for protesters who camp out on state property amid the sustained outcry for racial justice nationwide.The other trooper, Brian Carmouche, said he and another trooper were addressing a traffic stop before he saw Briggs take the mask off Golden.

Golden was recording the traffic stop when Briggs, who was nearby but not involved, scolded Golden for cursing and told him not to "impede" the scene.

The video shows Briggs, unmasked, getting up close to Golden's face. Golden then says on camera that Briggs ripped off his mask, and shows the mask on the ground nearby. "I did not," Briggs responds. "I'm tired of you people making stuff up."

Briggs was fired and criminally charged after his encounter with the protester. He has sued the state over his firing. That case remains active.

Briggs' notice of termination as a trooper also says security footage of the incident from the nearby Tennessee State Library & Archives supports the claim that Briggs took off Golden's mask.

In the lawsuit challenging Briggs' firing, his attorney repeats Briggs' claim that he didn't pull the mask off Golden, saying it "did not appear in the video nor on videos from cameras situated on various structures in the Capitol parking area."

Surveillance footage of the incident provided by the state Department of Safety and Homeland Security is grainy, but appears to show Briggs' arm reach toward Golden's face, prompting Golden to stumble backward.

Briggs' personnel file shows that over his 22-year career with the Tennessee Highway Patrol, he had been suspended for 17 days without pay for several infractions before the mask incident.

A new survey reveals that Canadians make an average of 1.7 resolutions each year, but 68.6 per cent fail to stick with their resolutions after spending hundreds of dollars on their goals.