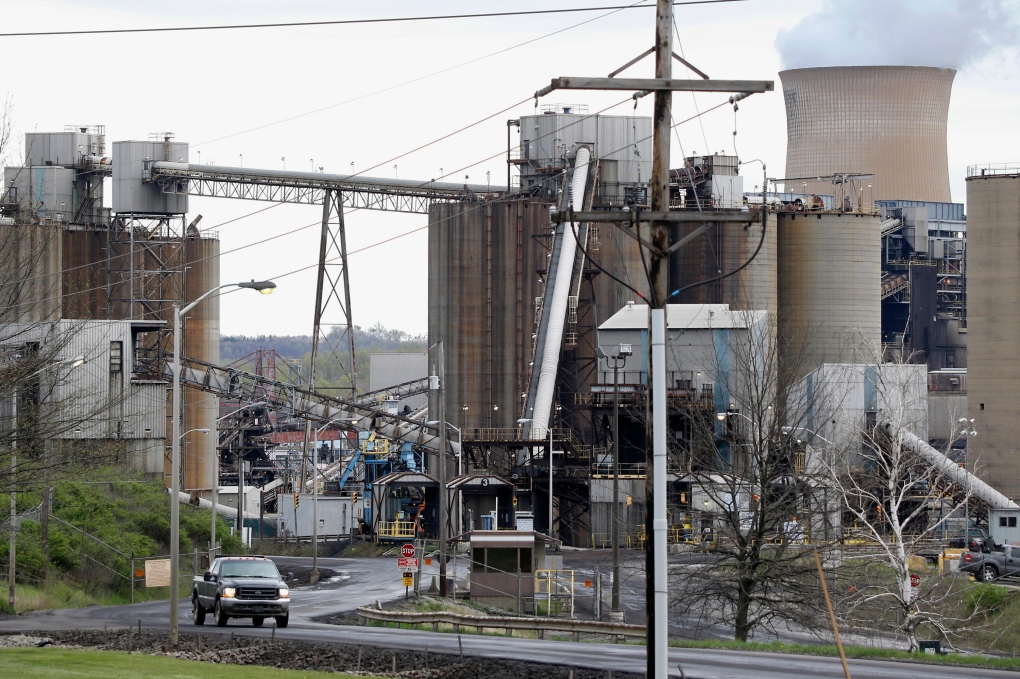 WASHINGTON -- The United States is just days away from a clash over climate change being compared to the Super Bowl, a high-stakes contest destined to draw in attentive viewers from around the world.

The Obama administration is expected to announce next Monday the most significant action ever to curb greenhouse-gas emissions in the United States, in an end-run around a hostile Congress.

Four years after the collapse of a cap-and-trade bill, the White House is set to unveil long-awaited regulations on the energy sector, which is responsible for more than 30 per cent of U.S. emissions.

The megatons at stake could end up dwarfing those projected to result from the long-delayed Keystone XL pipeline, which has cast a shadow over Canada-U.S. relations.

The New York Times reported Thursday that the U.S. wants to curb emissions from coal-fired U.S. plants by as much as 20 per cent. The Times report also suggested many administration officials view the Keystone debate of the last few years as nothing more than a noisy political sideshow.

"We see this as the pivotal battle on climate change," said David Goldston of the Natural Resources Defence Council, one of the big environmental groups the White House consulted during the drafting process.

"This is really the turning-point battle for epochal change."

The U.S. failure to legislate on greenhouse gases has sucked momentum from global climate talks. In Canada, the federal government has used American inaction as political cover -- arguing that in an integrated economy it can only impose muscular rules if the U.S. does it, too.

But President Barack Obama has consistently signalled since his re-election that he views climate change as part of his legacy. The upcoming rules will become the backbone of his effort, and will allow the U.S. to carry a new message into the next round of international climate talks.

Peter Altman, also speaking at an NRDC media briefing this week, called it the Super Bowl of climate politics.

Unlike the big football game, however, this one will be played out on a variety of fields.

One is the court system. The White House anticipates lawsuits, its allies say. They say the administration will argue that under the 1970 Clean Air Act, it has the right to regulate pollutants -- including greenhouse gases -- through the Environmental Protection Agency.

The issue will also play out in the voting booth, starting with this fall's congressional elections. Democrats fear they could lose both chambers in Congress, and face attacks about a job-killing "war on coal."

A pair of newly released polls, however, might steel some left-leaning spines: About two-thirds of respondents, including those in key electoral swing states in one survey, told pollsters for Yale University and the NRDC-commissioned Harstad Strategic Research that they favoured action -- even if it increased energy prices.

There will be expensive ads from well-funded groups on both sides. The U.S. Chamber of Commerce released a report this week that predicted the rules would cost the U.S. economy $50 billion a year and more than 200,000 jobs, while increasing electricity costs $17 billion a year.

That drew mockery from some quarters.

"Keep in mind electricity costs about $350 billion a year, which would mean the Chamber is predicting a one-time hike in electricity bills on the order of 5 per cent a year," a New York magazine report said.

"For the average American, that's about $100 a year in his electric bill."

While the role of coal in the U.S. economy is declining, thanks partly to a new abundance of natural gas, it's still "massive" -- 18 per cent of all American energy, said Andrew Leach, an energy economist at the University of Calgary.

It occupies a similar role in the U.S. to that of oil and gas in Canada, said Leach -- with each projected to eat up about one-third of either country's total emissions target from the Copenhagen conference by 2020.

As for boosters of Canadian oil, if they're hoping their opponents down south will move on to new battles, they might be out of luck.

One group already has an anti-Keystone news conference planned for later next week in Washington. And an employee at another green group compared the climate issue to a marathon -- coal regulations might bring the U.S. closer to its emissions targets, he said, but Keystone XL is another leg and every mile counts.

It's unclear whether the Canadian government will adjust its own strategy.

"I think the first reaction is going to be, 'Look, we've already moved on coal,"' said Jean-Thomas Bernard, an energy economist at the University of Ottawa.

"But this will add pressure."