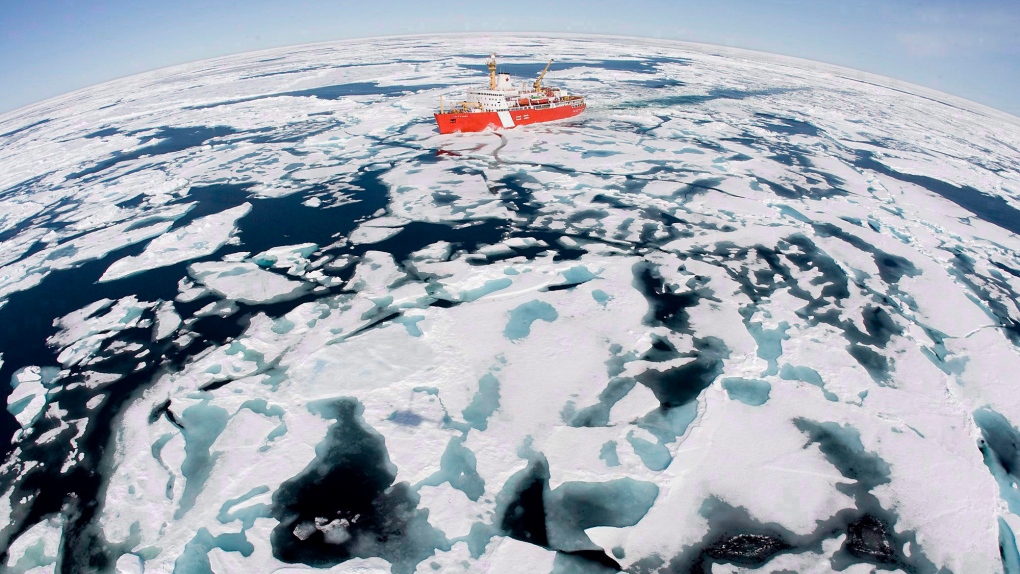 A newly published paper says climate change caused by humans could be responsible for as little as half the wholesale melting of sea ice in the Canadian Arctic and Greenland that has amazed and alarmed scientists.

The finding, published in Nature magazine, should caution those attempting to turn global theories into regional predictions, said co-author Mike Wallace of the University of Washington.

Sea ice has been a hot topic in recent years -- with average declines of 2.6 per cent per decade since the late 1970s across the circumpolar world. Ice extent last March was the fifth lowest for that month in the satellite record.

The area of north Greenland and the Canadian archipelago, with temperature increases nearly twice as large as the Arctic average, has been warming particularly quickly.

Wallace says up to half of that increase is more likely to be due to complex atmospheric links that originate with rain and wind patterns in the South Pacific -- not warming from greenhouse gases. Unusually heavy rain in a region of the South Pacific sets up turbulence in the atmosphere that affects the whole globe, he said.

"It induces what we call a planetary scale wave train. We can see exactly those kind of waves -- like ship wakes -- if we have the air flowing over an island and if we look down we can see in the cloud patterns exactly those kinds of wakes."

The "wakes" generate huge waves in the atmosphere. A single wavelength is roughly comparable to the distance from the central Pacific to Ellesmere Island in the Canadian Arctic. It's those waves, which warm the air by compressing it slightly, that are contributing to sea ice melt in the Canadian Arctic and northern Greenland, the paper suggests.

"Think of Canada as downstream in that wake," said Wallace. "If it happens to be in a ridge of that wave train, that translates into it being warmer than normal. That warmth comes from the prevalence of sinking motion in the atmosphere -- it warms it by compressing it."

Wallace said climate models have only been able to explain about half the warming that has been seen in the region. The energy created by atmospheric waves originating in the South Pacific nicely accounts for the rest.

The paper doesn't attack the basic conclusion that climate change is largely caused by greenhouse gases. And Wallace acknowledges that the heavy ocean rains that create the warming atmospheric waves may have their origin in greenhouse-gas-induced climate change.

His paper doesn't address sea-ice loss or degradation in other parts of the Arctic.

"The ice melt is dramatic," he said. "I would not claim to make any statement about the ice melt."

It should, however, remind those who try to use climate change to explain unusual weather in specific areas of how complex climate is and how wide natural variability can be in individual regions.

"Unless global warming starts to accelerate at a rate far beyond what we've seen, it's going to be a long time before weather statistics change so much from the human signal that it would become clearly detectable in the presence of natural variability."