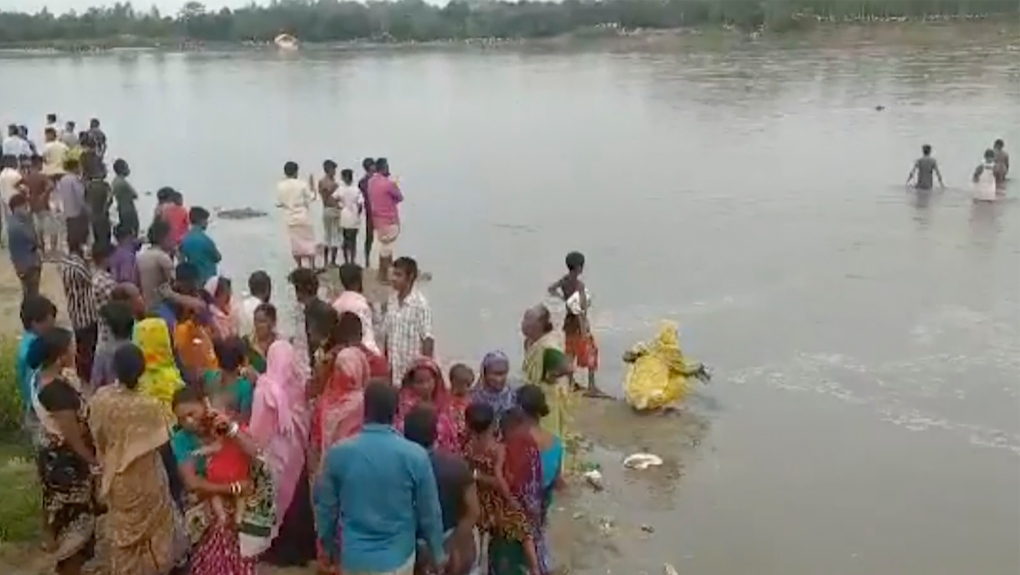 In this image made from a video, people conduct search operation in the River Karatoa where an overcrowded boat overturned, in Panchagarh, Bangladesh Sunday, Sept. 25, 2022. A boat carrying about 100 Hindu pilgrims capsized Sunday in the river in northern Bangladesh, police said. (AP Photo)
DHAKA, Bangladesh -

The overcrowded boat overturned in the afternoon while returning from a Hindu temple on the other side of the River Karatoa at Boda area in Panchagarh district, said local police chief S.M. Sirajul Huda.

Divers and residents recovered at least 24 bodies by Sunday evening, he said, adding that at least 12 women and eight children were among the dead. He said many of the passengers swam ashore.

It was not immediately clear how many remained missing, but Huda said the divers continued their search.

The Hindus traveled to the temple where tens of thousands of people gather every year for their largest religious festival -- Durga Puja -- next month.

Close to 8 per cent of Bangladesh's more than 160 million people are Hindu in the Muslim-majority South Asian nation.

Families Minister Karina Gould is expected to introduce legislation today to strengthen child care in Canada, which is likely to include an effort to secure a long-term role for Ottawa in the new national daycare system.