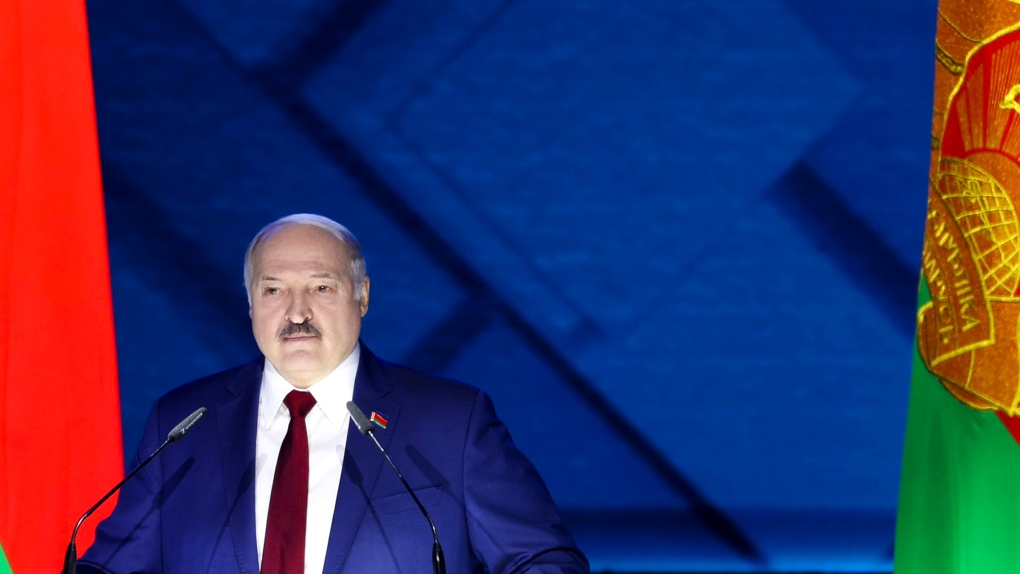 Belarus' authoritarian leader on Friday advised exiled opposition activists to "come home, repent and kneel," while repeating a vague promise to step down if the people "make the decision" for him.

President Alexander Lukashenko made the remarks in his yearly state of the nation address, seeking to underscore his grip on power after suppressing an unprecedented wave of mass protests against his rule.

In 2020 Lukashenko, who has run Belarus with an iron fist for almost three decades, survived the largest and the most sustained wave of mass protests in the country's history. Demonstrations, the biggest of which drew up to 200,000 people, were triggered by him winning a sixth term in office in a presidential election in August 2020 that the opposition and the West denounced as rigged.

Protesters demanded a new election and Lukashenko's ouster and faced a brutal crackdown from the authorities, with more than 35,000 arrested and thousands brutally beaten. Key opposition figures, including Sviatlana Tsikhanouskaya, Lukashenko's main contender in the election, have left the country amid the clampdown, along with thousands of ordinary Belarusians.

Lukashenko on Friday claimed that no more than 10% of the population opposes his rule, and urged opposition activists in exile to come "home, on your knees, groveling."

"My advice to you: come home, repent and kneel," Lukashenko said. "It will get worse further on."

After suppressing the protests, Lukashenko repeatedly aired vague and non-committal promises to step down. On Friday, he stressed that it was up to the people to decide. "You will decide, and this president will retire. If you consider necessary that I do more for this country, you will say so," Lukashenko said.

Last week, Lukashenko called a referendum for late February, on constitutional amendments that could allow him to further cement his grip on power and remain in office until 2035. The vote is scheduled to be held on Feb. 27.

The amendments bring back limits on presidential terms that had been abolished during Lukashenko's tenure, allowing a president only two five-year terms in office. However, the restriction will only take effect once a "newly elected president" assumes office, which gives Lukashenko an opportunity to run for two more terms after his current one expires in 2025.

The amendments also confer substantial new powers on the All-Belarus People's Assembly, a body that nominally represents a wide array of Belarusian society but that in the past has consisted largely of government officials and supporters. The president automatically becomes a member of the assembly and can be elected by the other delegates as its chairman.

As the May long weekend kicked off, a massive thunderstorm in southern Ontario brought strong wind gusts that knocked down trees, took out power and left one person dead.