There are other, more pressing issues for British Columbians to focus on right now. So they can be forgiven for not noticing an announcement from the Cullen Commission into money laundering in the province that the deadline for B.C. Supreme Court Justice Austin Cullen to submit his final report had been extended to May 20, 2022.

In a little-publicized release, the Commission explained that it needed more time because hearings were extended into this past September, to allow for more evidence including two additional witnesses and more documents to be led. This delayed final arguments until mid-October.

The delay means that it will be three years from when the Commission was announced until the provincial government receives the final report, and likely months more before Canadians will hear the results of the most comprehensive inquiry into money laundering ever undertaken in this country.

Since its inception in May of 2019, the Cullen Commission held hearing sessions over 138 days, heard testimony from 198 witnesses, and received 1,063 exhibits. It has attempted to understand how pervasive money from the drug trade has infected B.C.’s economy, and more specifically how transnational criminal gangs created a way for that money to be washed through Lower Mainland casinos, real estate, and luxury cars.

It is not hyperbole to say one man made the inquiry possible, and it’s not Commissioner Cullen. Ross Alderson was an investigator for Vancouver’s River Rock Casino initially, and then for the British Columbia Lottery Corporation that regulates casinos.

From his first day on the job he was startled by the amount of twenty-dollar bills being used by mostly visiting mainland Chinese gamblers. 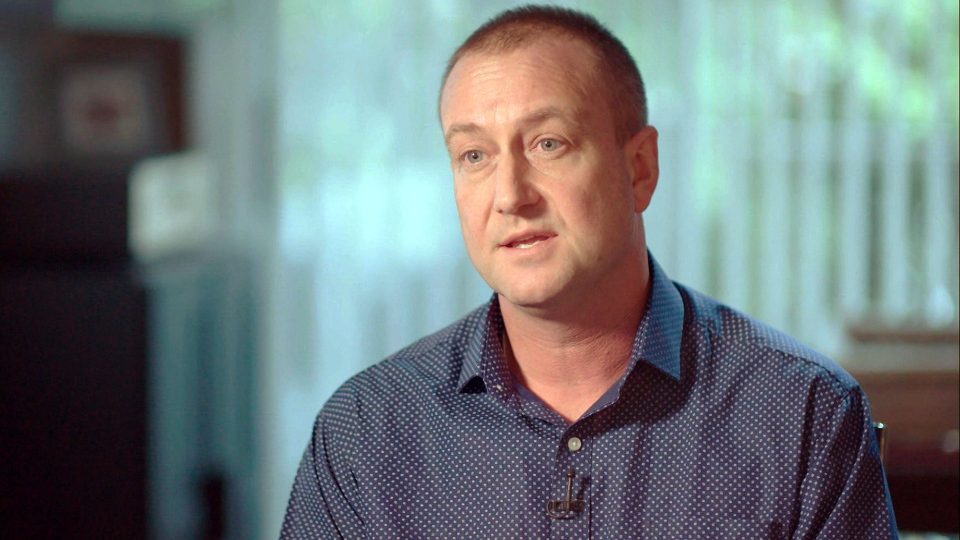 It was Alderson’s job to report suspicious transactions to the regulators, which he did. But he took it a step further. A former police officer in Melbourne, Australia, Alderson started sharing information with local RCMP who were investigating the connection those piles of twenty-dollar bills had to an underground bank in Richmond B.C. and the international drug trade.

And then he took it another step further. Frustrated at the lack of action to stop what he saw as a city awash in dirty money, Alderson became a valued anonymous source for a Vancouver newspaper reporter, Sam Cooper.

As he testified at the Commission: “So did I leak information to the media? Yes, I did. But would I do it again? Yes, I would.”

Alderson ended his anonymity when he agreed to be interviewed by W5 as part of its investigation into B.C.’s money laundering problems in 2019. He told us he was hoping the coverage would convince B.C.’s government to launch a Commission of Inquiry, which it did a few months after the W5 program aired.

Yet when Alderson finally testified in September, he was a reluctant witness. He had already paid a heavy price for trying to shame the politicians into action, and he didn’t want to bear more.

Unable to find solid work in Canada after resigning from BCLC, Alderson relocated to Australia with his family, where severe COVID lockdowns restricted his ability to hunt for jobs. Eventually he agreed to testify after other witnesses questioned his credibility over conversations he alleged he had with them.

He had supplied the Commission with documents and offered to be interviewed before he left Canada, but Commission Counsel Patrick McGowan spent much of his examination of Alderson peppering him with questions about whether he was trying to dodge speaking, rather than the substance of what he says he saw going on.

Many testy exchanges followed from lawyers representing others, culminating in a bizarre cross-examination by a lawyer representiing an alleged loan shark accusing Alderson of breaking the law by speaking to reporters.

It will be up to Commissioner Cullen to decide whether laws were broken by alerting reporters to the scope of money laundering. There is no protection for whistleblowers in B.C. who leak documents to the media.

But put beside the enormous levels of questionable gambling transactions that flowed through the one underground bank the RCMP raided in Richmond (estimated at more than $1 billion a year by the police force), the Commission would risk misfiring at the messenger of criminality, and not the criminals themselves.

The mayor of neighbouring Port Coquitlam, Brad West, believes a lot is at stake in what Commissioner Cullen tells the B.C. government:

“If there is no criminal accountability that comes out of this,” he told W5 in an interview, “the message will be sent that British Columbia continues to be a place where you can come from around the world and engage in illegal activity and not face any consequences.”

'The Laundromat: Inquiry' airs on CTV at 7pm Saturday. It will also be available at the Official W5 Channel on YouTube