NHLers ponder playing in arenas without fans: 'We gotta do what we gotta do' 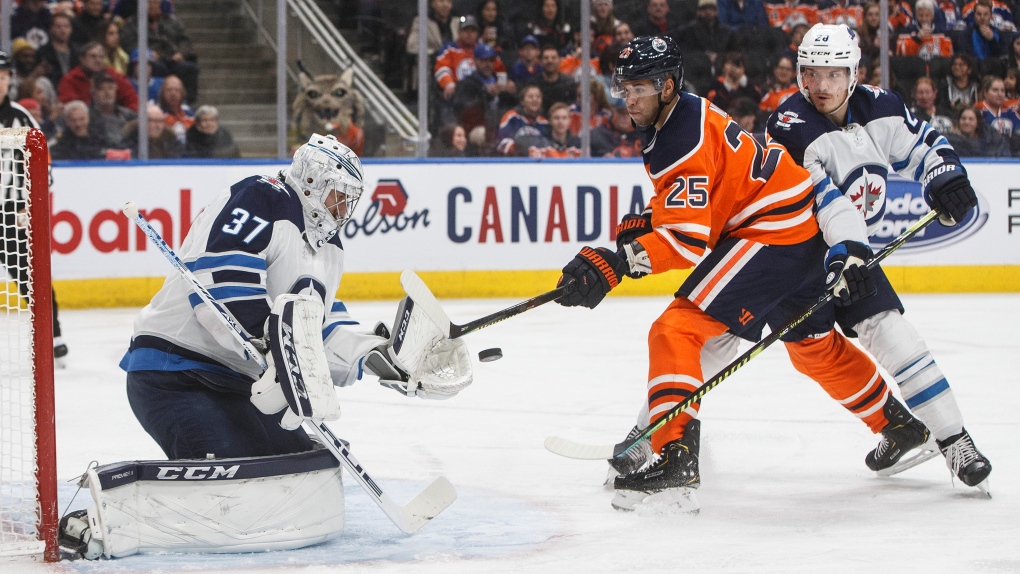 Like many sports fans hungry for something, anything, to watch during a spring of self-isolation and physical distancing, Darnell Nurse tuned into "The Last Dance" with keen interest.

The documentary provided fascinating insight into the drama, relationships and controversy surrounding the final season of the Chicago Bulls' dynasty, one that dominated the NBA for much of the 1990s.

Something that struck Nurse was how Michael Jordan would often convince himself of slights -- real or imagined -- from opponents as a source of internal motivation to take his game to an even higher level.

And with the NHL hoping to play in cavernous arenas without fans this summer, it got the Edmonton Oilers defenceman thinking.

"Having the ability to create your own excitement."

NHLers are accustomed to the roar of the crowd, the boos, the intensity, the energy, and the dramatic swings in momentum that come with a building packed to the rafters.

The COVID-19 pandemic makes all of that is impossible, at least in the foreseeable future.

If the league, which still has a number of hurdles to overcome to complete the 2019-20 season, is able to stage its 24-team format and eventually award the Stanley Cup, it will do so in front of row after row of vacant stands.

The stakes will be as high as ever, but players might have to get creative when it comes to pumping themselves up.

"It's going to be a unique set of circumstances," Toronto Maple Leafs captain John Tavares said. "It's really just being very open-minded and realizing that what you're accustomed to is going to be very different, to not really let those things bother you and trying to stay focused on what you can control.

"What happens in between the boards is all going to be the same."

Winnipeg Jets captain Blake Wheeler said a team's ability to push aside the distraction of hearing a pin drop in a building that would be awash in deafening noise could be the difference.

And it will be important for players to remember the millions of fans sitting on the edge of seats -- albeit from afar tuning in on television.

"There's not going to be anyone physically in the crowd and the environment is going to be completely different," Wheeler said. "But people need an outlet right now and there's going to be a lot of people watching."

The NHL, which paused its schedule because of the novel coronavirus outbreak in March, is hoping to start training camps July 10. If things move ahead safely and the league gets the all-clear from health and government officials, the goal is to host 12 teams each in two centralized hub cities.

"It's not going to be the same, there's no doubt about that," Oilers captain Connor McDavid said. "It sucks, frankly, but we've got to do it to get back to playing hockey. I'm sure those fans will be cheering loud in their living rooms.

Edmonton defenceman Matt Benning doesn't think intensity will be a problem once players get used to the unusual surroundings.

"A lot of the times when I'm playing, I don't even notice the crowd," he said. "But you can definitely feel the energy if there's a big hit or a big save or a goal. That's something that we're just going to have to get used to.

"Regardless of who is there and the energy, I think guys can get excited enough to bring the noise."

While coaches and players might have to watch what they say minus crowd noise to drown out colourful banter for TV viewers, Oilers bench boss Dave Tippett believes there will be at least one benefit.

"Less screaming on the bench," he said. "Sometimes the atmosphere around is so loud that you have to make sure you're yelling both ways.

"We'll read and react when we get there. It will be a different experience for everybody."

Tippett added he'll be paying close attention to the energy and excitement between the whistles.

"It's going to be a factor. I'm interested to see how teams respond."

Nurse said that while the situation is unlike anything anyone has experienced previously, it shouldn't take a Michael Jordan-sized chip on the shoulder to get up for the games.

"You're still playing for Stanley Cup," he said. "There's a lot of challenges. There's a lot of things that aren't ideal ... but that's the world. The world is in that position right now.

"You can look at it as another challenge of going through this whole process."

Stories of survival from a Toronto COVID-19 ward

Accuracy still unknown for many coronavirus tests rushed out

Europe reopens many borders but not to Americans, Asians

Accuracy still unknown for many coronavirus tests rushed out