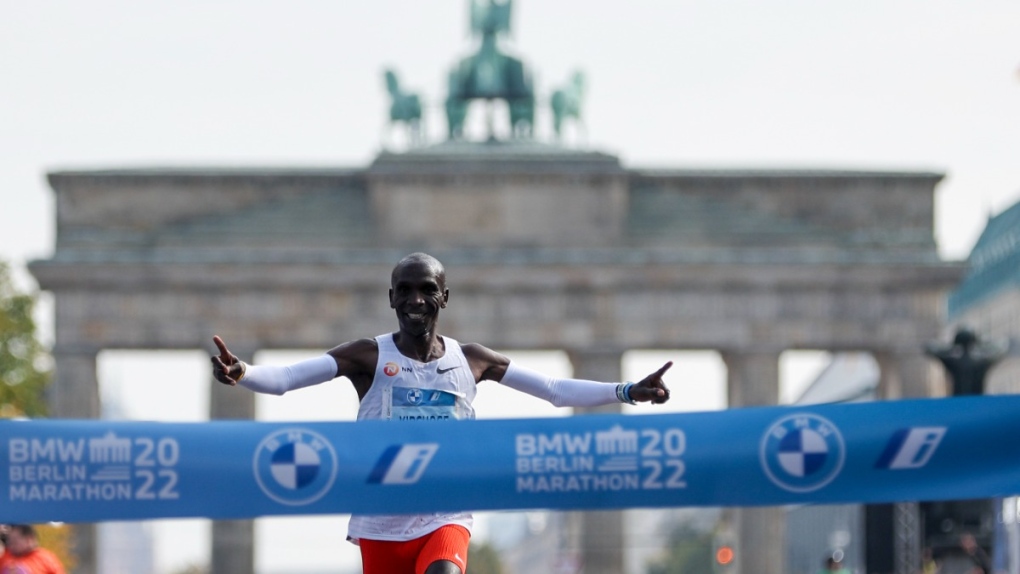 Two-time winner Lelisa Desisa will return in the men's division, 10 years after he won the 2013 race that was interrupted by the attacks that came about two hours after the winners crossed. He also won in 2015.

"There is no one in athletics who will be more focused than me this spring in racing, as I look to once again win the Boston Marathon," Desisa said. "Ten years since my first victory -- I understand what this anniversary means and I would love nothing more than to put my name into the history of the race again. I stand with the people of Boston, and I will be running the race of my life for you all."

"History and heritage are two cornerstones of the Boston Marathon," Boston Athletic Association President and CEO Jack Fleming said. "The world will be watching Boston with great anticipation to see how the competition plays out."

Kipchoge won Berlin in September in 2 hours, 1 minute, 9 seconds -- the fastest time in a marathon competition in history. He also completed the distance in an exhibition in 1:59:40 in 2019 in an exhibition engineered to break 2 hours.