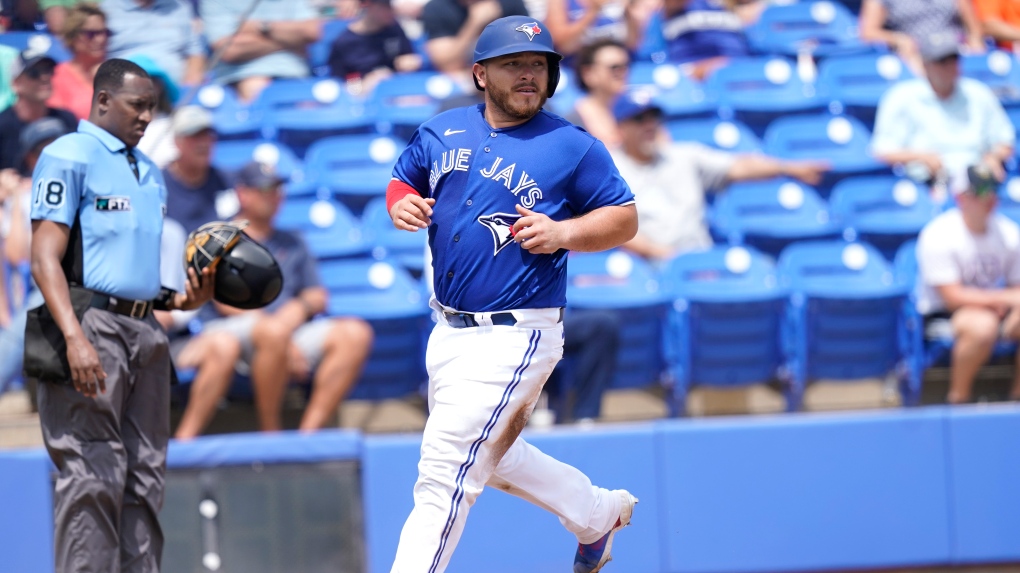 Ross’s show, the Weekend Game Plan on TSN 690, posted his apology on its Facebook page on Sunday. Bell Media is the parent company of TSN and CTV News.

“I want to sincerely apologize to Alejandro Kirk, Alek Manoah, the Toronto Blue Jays, Jays fans and anyone else offended by my initial tweet,” he said.

“The words were harsh. The sentiment was out of bounds and I deeply regret it. Period.”

Last week, the Blue Jays’ Twitter account posted a clip of Kirk running from first to home plate during a game in which the Jays would take home the win against the Tampa Bay Rays.

Ross tweeted in response to the video saying: "It's cute and all, but it's also embarrassing for the sport. Giving guys like this prominence feeds negative stereotypes."

Pitcher Alek Manoah came to Kirk’s defense, tweeting: “what’s actually embarrassing for the sport is people that go by the name of Matthew and have never played a day in the big leagues thinking they can control the narrative and stereotypes. Go ahead and tell that 8 year old kid who is 10lbs overweight that he should quit now.”

In his apology, Ross said he thought the original tweet with the video of Kirk running the bases was posted as a way to “poke fun" about the game.

“I ineloquently tweeted what I did because I thought the clip would lead to more jokes about the sport. That was it. It was never about anything else,” he said.

Ross called Manoah a great friend for defending his teammate and said he didn’t intend for his comments to offend people struggling with body image issues.

“As someone who experienced the horror of bullying and who has seen people close to me deal with very painful body related struggles, my heart broke that anyone could think of me as this monster,” he said.

“I was clumsy and inconsiderate in my sports commentary, defaming people for the way they look is not where my heart or intent was in the moment— or ever!”