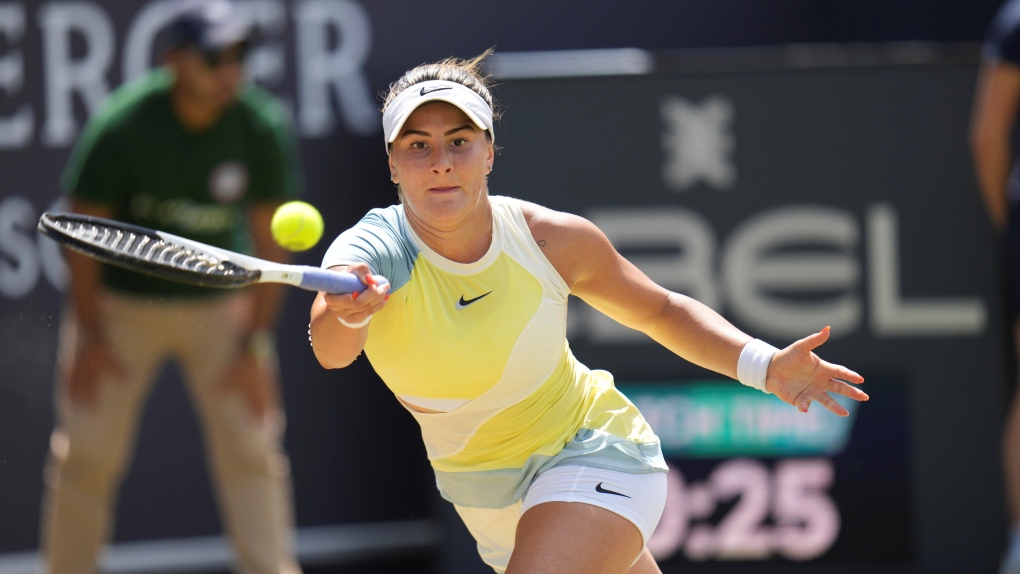 Caroline Garcia won her first title in three years after coming back from a set and a break down to beat Andreescu, the 2019 U.S. Open champion ,6-7 (5), 6-4, 6-4 in the Bad Homburg Open final on Saturday.

Andreescu was looking for her first title since beating Serena Williams in the 2019 final at Flushing Meadows before injuries forced her to miss the entire 2020 season.

"I'm very happy. It's been a couple of rough years but, you know, I'm putting in the work and on to the next. I'm excited for Wimbledon," said Andreescu, who became visibly emotional while thanking her team. "You guys stuck with me through the toughest moments and that's all anyone could ever ask for."

The product of Mississauga, Ont., has drawn Zhang Shuai of China in the first round of Wimbledon next week. Garcia has Yuriko Miyazaki of Britain for her opener.

Garcia took a medical timeout for what seemed to be a shoulder problem early in the second set. She then went 4-2 down before winning 10 of the next 14 games to seal the match.

"It was a fight (for) every point from the first to the last one," Garcia said.

She is 8-3 in career finals but the Frenchwoman's last title was almost exactly three years ago in Nottingham in the buildup to 2019 Wimbledon.