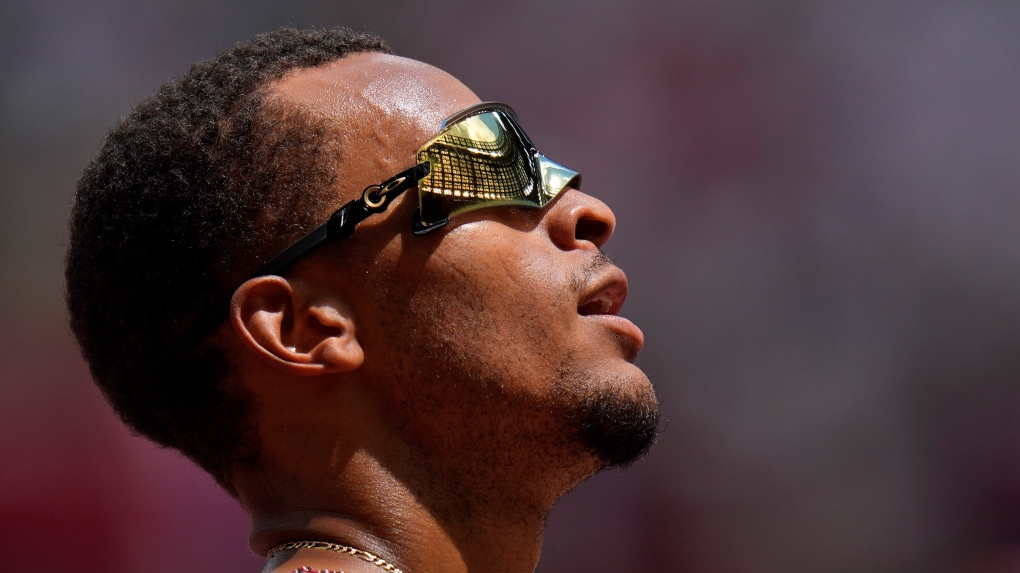 TOKYO -- Canadians Andre De Grasse and Aaron Brown qualified for the men's 200-metre final at the Tokyo Olympics after winning their semifinals.

De Grasse, as he so often does, turned it on over the second half of the race to qualify comfortably with a Canadian-record time of 19.73 seconds in the third semifinal.

De Grasse, 26-year-old from Markham, Ont., previously set the Canadian record with a time of 19.80 at the 2016 Rio de Janeiro Olympics.

Brown's qualification in the second semifinal was more closely contested. The 29 from Toronto got off to a fantastic start and finished first in his heat with a season-best time of 19.99 seconds.

Brown, Joseph Fahnbulleh of Libera and Noah Lyles of the United States all crossed the line with the same time, and a photo was required to determine the placing.

Brown and Fahnbulleh received the automatic berths in the final, while Lyles finished third and had to wait until the heats were over before his time was confirmed as good enough to advance.

The final is Wednesday.

De Grasse won bronze in the 100 metres on Sunday, his fourth Olympic medal. He's the reigning Olympic silver medallist in the 200.

The sprinters were racing nine hours after the morning heats. Since it's rare to race the 200 twice in one day at the international level, De Grasse had been focusing on his speed and endurance the past few months with this day in mind.

Four days after finishing sixth in the men's 10,000 metres, Canada's Mohammed Ahmed was second in his heat of the men's 5,000, the distance in which he raced to bronze at the 2019 world championships. The 30-year-old from St. Catharines, Ont., hung near the back of the pack for the first half before taking the lead to push the pace. He finished in 13:38.96.

Justyn Knight of Toronto cruised to third in the other 5,000 heat in 13:30.22, setting up what could be an exciting final on Friday.

Kyra Constantine of Toronto clinched a spot in the women's 400 semifinals. Constantine was fifth in her heat, but her time of 51.69 was fast enough to advance.

Camryn Rogers of Richmond, B.C., impressed in her Olympic debut, finishing fifth in the women's hammer throw at 74.35 metres.