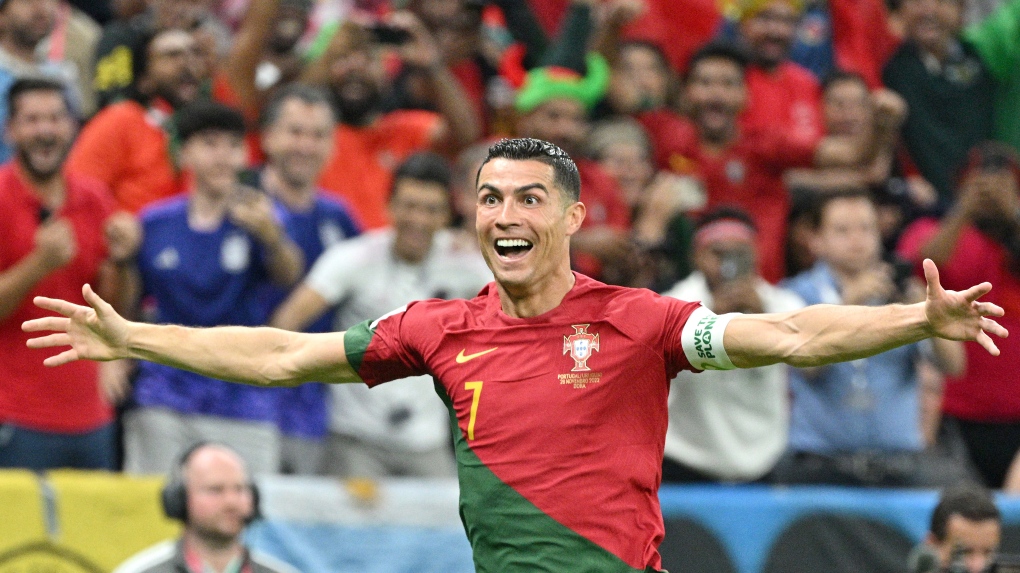 Cristiano Ronaldo of Portugal in action during the FIFA World Cup Qatar 2022 match between Portugal v Uruguay at the Lusail Stadium on Nov. 28, 2022 in Lusail Qatar (Photo by Lionel Hahn/Getty Images)

Since we’re at about the halfway point of the men’s World Cup and the excitement of the final round of group stage matches is upon us, it feels like a good time to look back on the week-plus that was and the biggest storylines that have emerged so far on the pitch.

Anyone watching this tournament rooting for the underdogs must be thrilled. Just to recap:

Morocco can cap off the group stage with a major accomplishment if it does enough damage against Canada on Thursday to finish top of Group F, which includes Belgium and Croatia.

The Saudis could advance with a win over Mexico on Wednesday but a draw would bring the Argentina-Poland result into play. Japan faces a tall task against an impressive Spain side Thursday but a draw would mean Germany has to beat Costa Rica by at least two goals to advance.

The U.S. punched their ticket to the Round of 16 on Tuesday after beating Iran.

Adding more to the drama has been the dump-truck worth of what’s known as “stoppage time” or “injury time” minutes that have been added on to the end of both the first and second halves of matches.

When England played Iran, 14 minutes were added to the first half and then another 13 minutes to the second half. In Iran’s 2-0 win over Wales, they scored in the 98th minute and 101st minute.

So, what’s going on? Some studies have shown that over the course of a regular 90-minute match the ball is actually only in play for approximately 60 minutes, and the FIFA Referee Committee has sought to more thoroughly address not only the time lost to goal celebrations, substitutions and injuries, but time generally wasted when the ball is out of play.

With two wins on the trot, Les Bleus became the first side to clinch a spot in the Round of 16 and have looked like the best side in the tournament through two matches.

What makes their performances thus far even more impressive is the fact that key players Karim Benzema, Paul Pogba, N’Golo Kante, Presnel Kimpembe, Christopher Nkunku and Lucas Hernandez are all out injured.

CR7 AND THE R IS FOR RECORDS

With his penalty-kick goal against Ghana, Cristiano Ronaldo became the first man to score at five World Cups, joining Canada’s Christine Sinclair and Brazil’s Marta who have already done so in the women’s edition of the tournament.

At 37, the goal also made Ronaldo the second-oldest man to score at a World Cup, behind only Cameroon’s Roger Milla who did so at the age of 42 against Russia at the 1994 World Cup.

Ronaldo is now both Portugal’s youngest and oldest World Cup goal scorer, his first goal coming at the tournament in 2006 against Iran as a 21-year-old.

The Portuguese legend has eight World Cup goals through 19 matches all-time as of Nov. 28. The record for most goals all-time is 16 by Germany’s Miroslav Klose in 24 matches.

Lionel Messi produced his own moment of magic at this tournament. A left-footed drive from just outside the box after the hour mark led Argentina to a vital 2-0 win over Mexico days after the Argentines suffered a stunning 2-1 loss to Saudi Arabia.

With two goals in two matches, Messi has upped his total tally in World Cups to eight to equal rival Ronaldo as well as another Argentinian idol, Diego Maradona.

He may need more of his wizardry against Poland in Argentina’s final group match to ensure advancement to the next round.

NEXT GEN MAKING THEIR MARK

While greats Ronaldo and Messi enjoy what’s likely one final World Cup hurrah, watching the next crop of stars has been a delight.

It’s also a bit ridiculous to think that France’s Kylian Mbappe is the superstar he is and still only 23.

GOAL OF THE TOURNAMENT

Richarlison’s stupendous scissor-kick for Brazil against Serbia is going to take a serious effort to top.

Teammate Casemiro tried his best with a spectacular half-volley for the match-winner against Switzerland on Monday, but Richarlison’s goal was so good the best it can do is fight for second place.

CANADA GET BEHIND ITS SOCCER TEAM

That makes it the most-watched soccer match in Canadian history and exemplifies how the final score is only one part of the story this special group of men has scripted.

It’s a pity there’s no hope of qualifying for the next round, but earning a first World Cup point or even a first win against Morocco would be a great way to cap off a four-year run of excellence for the men’s national team.