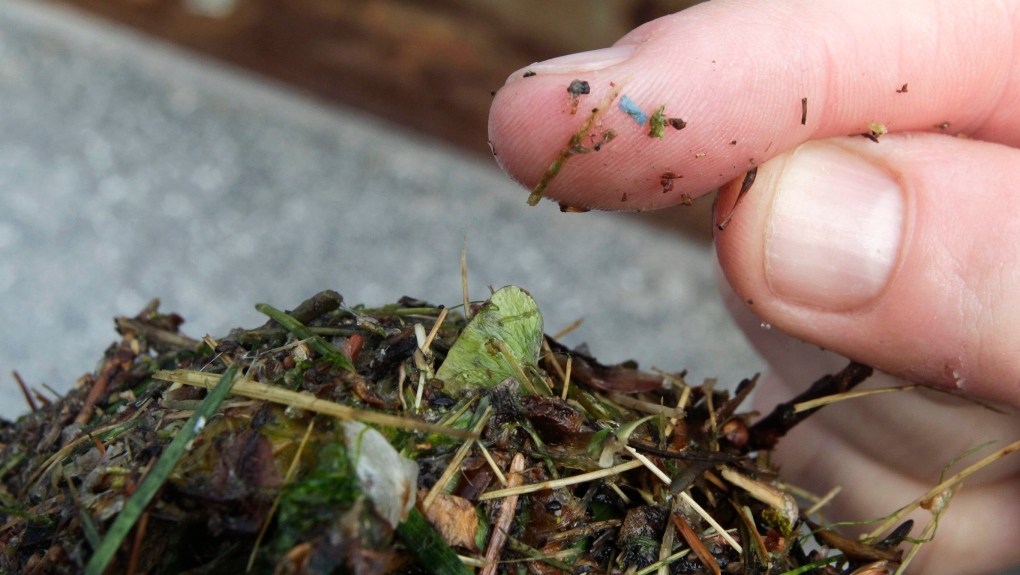 In this Wednesday, May 19, 2010 photo, a blue rectangular piece of microplastic is visible on the finger of Julie Masura, a researcher with the University of Washington-Tacoma environmental science program, as Masura examines debris from a collection filter that was pulled through the Thea Foss Waterway, in Tacoma, Wash. (AP Photo/Ted S. Warren)

VANCOUVER -- A study published in a scientific journal says microplastics from Metro Vancouver's laundered clothes are ending up in water treatment plants and filtering into the ocean.

The study by the ocean-protection group Ocean Wise and the Metro Vancouver regional district found that while 99 per cent of the particles were filtered out, a significant amount still made it into the ocean.

The study published in Marine Pollution Bulletin found treatment plants remove about 1.8 trillion plastic particles in the wastewater system each year, but 30 billion particles are still released into the ocean.

Peter Ross, the study's principal investigator and vice-president of research at Ocean Wise, says many of the microplastics are in the form of fibres from polyester and rayon clothing.

He says consumers can play a role in their purchases and by using cold water, less soap and just washing their clothing less often.

Ross says other research has shown that the microplastics in the ocean are being mistaken for food by zooplankton and fish, raising concerns about the impacts on their health.