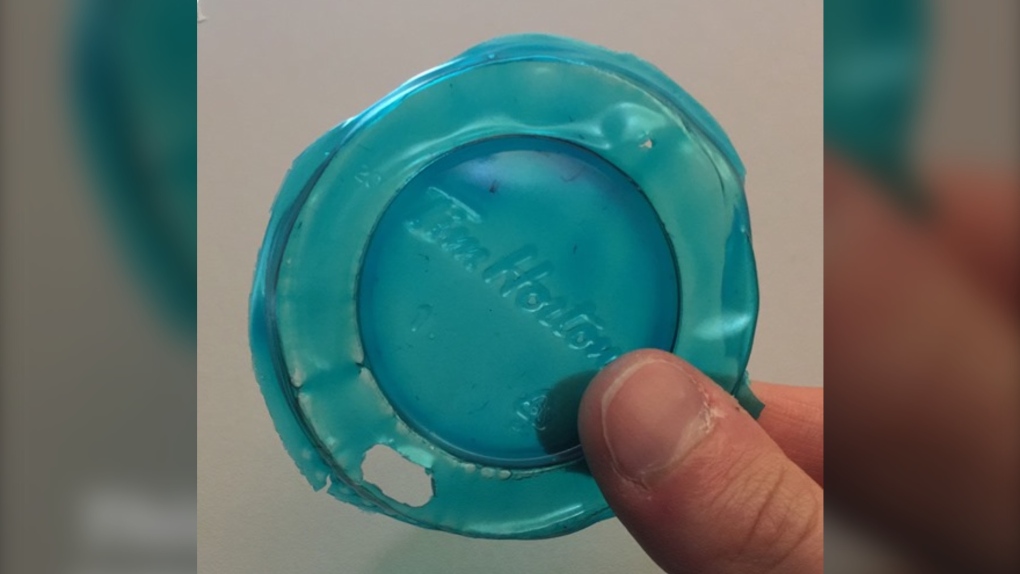 Smog and excess garbage are two of the most critical issues facing many major cities across the world. And now, two new Canadian companies are hoping to come to the rescue.

It’s designed for people living in cities with high pollution, such as parts of Asia where smog pollution is heavy.

“We believe that if you breathe better air that you’ll perform and live better,” the tech startup’s CEO Peter Whitby explained to CTVNews.ca. He said his company has created a “personal breathing space.”

Simply put, they’ve created a respirator that forms a “perfect” seal around a user’s nose and mouth to filter the air. The idea came while his team were travelling in China and “couldn’t breathe.”

People in cities such as Beijing, Seoul and Shanghai typically wear masks whenever they need to brave the record levels of smog outside.

On Tuesday, the company was one of the first-place winners at the first Canadian leg of the Prince Andrew’s Pitch@Palace entrepreneurial campaign in Toronto.

O2’s financial controller Anjola Tunde-Ojo said the team was thrilled the event helped put them in touch with potential business partners and manufacturers.

Bioplastics made from shrimp will curb garbage

Another company in attendance at Pitch@Palace was Vancouver-based Coastable Biotechnologies, which has developed biodegradable, heat-resistant bioplastics composed entirely of shrimp-shell waste.

In recent months, the issue of excess waste has been in the headlines as the Philippines have fought Canada over returning 2,000 tonnes of rotting garbage. In 2013 and 2014, Canadian garbage had been labelled improperly as plastics for recycling and sent overseas.

“I’m a big believer that we should do more for our planet and our community,” she told CTVNews.ca over the phone. “With our product, we can most [effectively] reduce the shrimp shell waste and plastic waste.”

She and her colleagues met last year during an entrepreneurship class at the University of British Columbia. They had initially wanted to use chitin from beetle shells but realized there was a more bountiful supply: shrimp.

Their bioplastic is made of chitin, a compound found in shrimp and crab shells. The company turns that into moldable plastic called chitosan, which has glue-like properties.

Le said Coastable’s product can used in coffee cup lids and containers and that people with shrimp allergies needn’t fear it: their engineers have removed tropomyosin, the protein responsible for allergic reactions.

Le estimates 20 per cent of shrimp shells are made of chitin. In countries such as India and Vietnam, she said, people are throwing away shrimp shells that could otherwise be recycled into bioplastics.

“In a lot of countries like India, [people] even dump it illegally, so it also has an impact on the environment,” she said.

Because of her roots in Vietnam, Le has been speaking with shrimp processors there. They have told her that the entire country produces close to 500,000 tonnes of shrimp shell waste. And Le said the market price for it is dirt cheap.

“And that’s just one country. So we want to see how much is coming out of China, India and Vancouver,” she explained.

The product will help tackle sustainable packaging. Before helping to launch Coastable, Le ran a design agency and was constantly hearing from clients who wished packaging was more eco-friendly.

“And that thing stuck in my head for a while,” she said, never imagining it would lead to the onus for a new business.

Research and development head Enzo Casal explained other bioplastics have some plastic polymers which can take significantly longer to break down – unlike theirs, which degrades between two and four weeks in soil.