Have you visited these UNESCO sites? Some say aliens have 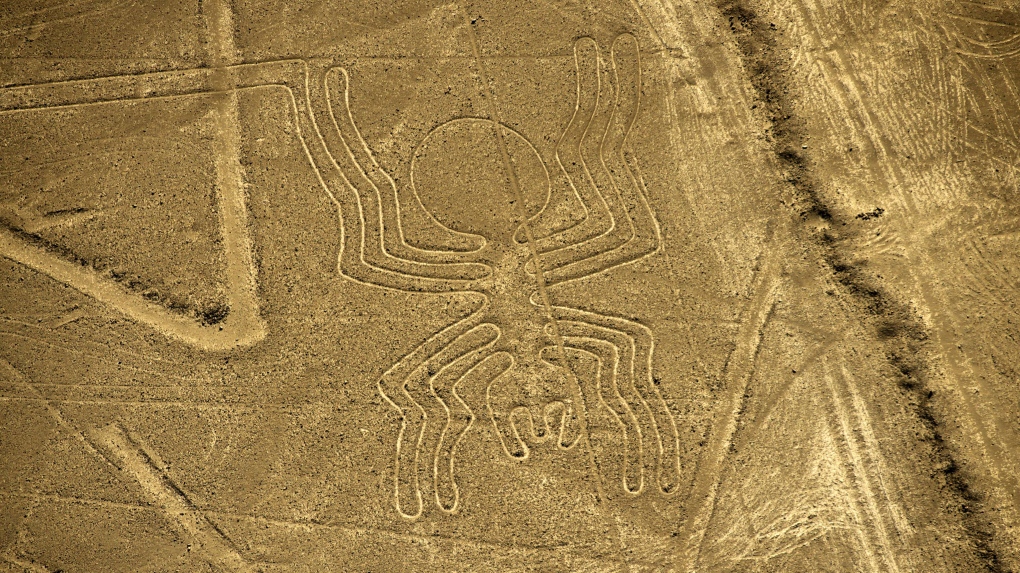 An aerial view of the Spider geoglyph, part of the mysterious Nazca Lines in Peru. (MARTIN BERNETTI/AFP/AFP/Getty Images)

Erich von Däniken dried his sweaty palms with granite dust as he scaled the Great Pyramid of Giza, crawling block by block up the nearly 4,000-year-old monument.

It was 1954, when you could still climb the pyramids. Von Däniken, a 19-year-old with a Catholic education and a passion for flying saucers, was captivated. Fourteen years later, he published an influential book called "Chariots of the Gods," arguing that extraterrestrials influenced ancient sites, the pyramids included.

The magnificent Giza Pyramids are among the world's most famous ancient places, part of a sprawling UNESCO World Heritage Site that brings travelers to Egypt from across the globe.

Visitors come to explore hidden burial chambers, go eye-to-eye with the mysterious Sphinx and take in the sheer scale of Egypt's grandest monuments.

WHAT THE SCIENTISTS SAY ABOUT THESE FAMOUS PLACES

Mainstream archeologists disagree with Von Däniken, retorting that ancient Egyptians developed their remarkable building tradition with no help from extraterrestrials.

But while scientists are generally united in rejecting the aliens idea, sometimes known as "ancient astronaut theory," Von Däniken's ideas have endured.

He went on to write 32 additional volumes, selling more than 63 million copies. Penguin Random House, his publisher, claims Von Däniken is "arguably the most widely read and most-copied nonfiction author in the world."

And the pyramids aren't the only UNESCO site swept up in his theories, or in those of people he's inspired.

Some speculate that the UNESCO site of Teotihuacan, where the Aztec kings once ruled near modern-day Mexico City, could have been a space port, pointing to mica and liquid mercury found among the ruins that they say are anachronistic.

For travellers, Teotihuacan is a glimpse into an ancient, mysterious empire. Researchers believe the city predates even the Aztecs, who were living there when Europeans first arrived in Mexico.

Archeologists, who have carried out painstaking excavations here for centuries, see it as the crowning achievement of a little-known -- but earthbound -- civilization.

Instead of peering up toward space, they dig into the ground. Archaeologists have spent years excavating a tunnel at Teotihuacan, which leads to chambers full of ritual offerings that some believe symbolize the underworld.

Nearly 3,000 miles away is another enigmatic UNESCO site that draws travellers, researchers and alien enthusiasts alike.

At the Nazca Lines geoglyphs in Peru, visitors take sightseeing flights to view earthen shapes that are too massive to appreciate from ground level. For decades, some have conjectured that the shapes are some sort of ancient airport.

Peruvian scientists agree that the Nazca Lines are mysterious, but believe they are linked instead to rituals and water.

In recent years, researchers have used satellite imagery to discover more than 140 additional geoglyphs, carefully poring over data to find patterns in the landscape.

"They were not drawn by aliens, that's for sure," expert Javier Puente told CNN.

TEACHING AN ALTERNATIVE TO ANCIENT ASTRONAUTS

Archeologist Sarah Parcak teaches a seminar on debunking archeological myths and hoaxes at the University of Alabama at Birmingham.

In the class, she pushes back on theories about ancient aliens like those proposed by Von Däniken. She sees it as important work.

"The belief that aliens built the pyramids, or in fact any ancient monument, is deeply racist," Parcak says. It's no coincidence that alien theories focus on places home to black, brown and Indigenous people, she notes.

Not only that, Parcak thinks that aliens are a distraction from the real wonders of archaeology. "It's not a mystery, it's a puzzle. And puzzles take time to put together," says Parcak.

One example of Parcak's step-by-step detective work is the city of Itjtawy in Egypt. It was missing for thousands of years, but Parcak found it by analyzing satellite images and NASA topography data.

At Parcak's very first excavation, in the Egyptian Delta site of Mendes, she made a discovery that's fresh in her mind more than 20 years later.

"I found an intact pot that was kind of mashed, but we put it back together," she recalls. On the handle, Parcak could make out a clear fingerprint left behind in once-wet clay.

"In that moment, I could imagine the person who made it," she says. "It kind of helps us to bridge the divide between past and present and create a sense of empathy."

Parcak's work offers a personal contact with the past, but you don't need an archeology degree to connect with the ancient world.

On UNESCO-listed Easter Island, travelers can learn how ancient islanders cooked in earthen ovens and built stone-walled gardens. (Easter Island is a favorite with alien theorists, too. Archaeologists chalk up the island's remarkable stonework to Polynesian ingenuity.)

At the temple of Dendera, part of a sprawling UNESCO site in Upper Egypt, visitors follow vivid stories and myths on brilliant wall paintings. (Dendera? Also popular with alien theorists, who interpret one wall painting as proof the ancient Egyptians had electric light bulbs. Researchers say the painting is of a pillar and a lotus flower.)

WHY LEARNING ABOUT ANCIENT HUMANS MATTERS

Learning about ancient humans is fun, but Parcak says it's important, too. For travellers and researchers alike, exploring the ancient world can shed light on the present day -- and maybe the future.

In early April, Parcak was awarded a Guggenheim Fellowship to write a book about collapse and resilience in the ancient world. Coronavirus, she says, has lent a new urgency and relevance to the work.

"It's like everything we study is happening in real time," she says. Now, she hears echoes of ancient strife whenever she turns on the news. "The headlines we're seeing, it's like they could be archeology articles."

For Parcak, though, visiting these ancient sites can be a source of hope. Itjtawy, the ancient city Parcak discovered using satellite imagery, is an example.

It became the capital of the Egypt after a period of widespread political instability, civil war and drought. The Old Kingdom, whose rulers built some of the greatest pyramids, had fallen.

But as power structures shifted, greater economic equality emerged. And from tomb decor to storytelling, Parcak says the area she studies represents a flourishing after chaos.

"I'm not saying it's always rosy," she cautions. "But the site itself is a real symbol of what can happen after great turmoil."