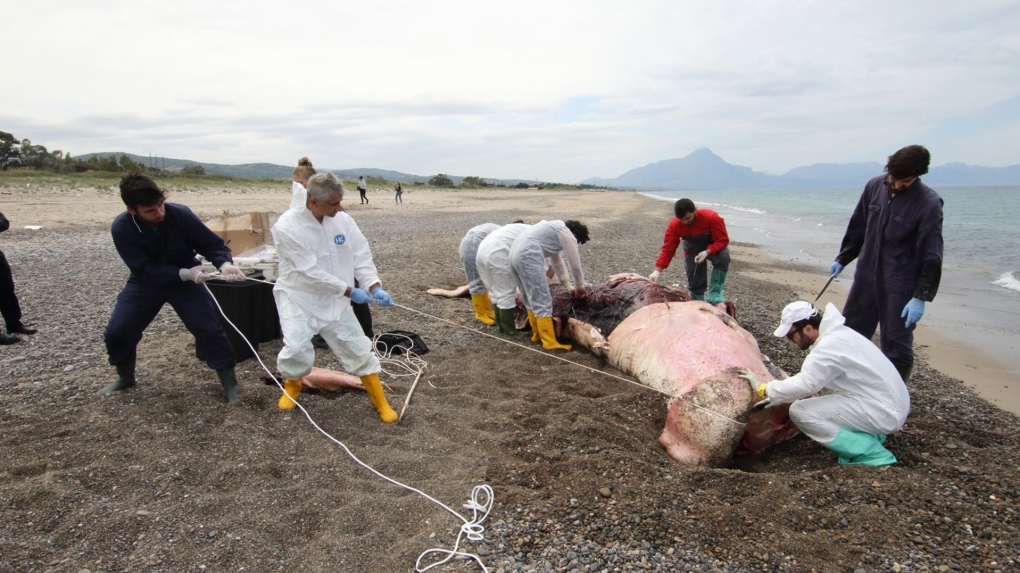 The Italian arm of Greenpeace has reported that a dead sperm whale has washed up on a beach in the country – making it the fifth sperm whale to meet that fate in as many months.

The whale, which is estimated to be around seven years old, was spotted Friday on popular tourist beach Cefalu, on the coast of Sicily.

It was found to have “a lot of plastic” in its stomach, closely mirroring the dead pregnant sperm whale that had 22 kilograms of plastic inside it that washed up in Sardinia in March.

Greenpeace Italia shared graphic images on Facebook of the on-location necropsy performed on Sunday, showing trash and plastic objects in the whales’ innards.

“The sea is sending us a cry of alarm, a desperate SOS,” said Greenpeace Italia campaign manager Giorgia Monti, in an English translation of an statement she issued in Italian Sunday. “We must intervene immediately to save the wonderful creatures that inhabit it.

Carmelo Isgro, an employee of the University of Messina’s Natural History Museum and part of the task force that performed the necropsy on the whale, also posted a collection of photos and videos on Facebook of the procedure taking place.

“They are strong images,” Isgro wrote, “but I want everyone to see, to understand what we are doing to our sea and its inhabitants.”

Greenpeace Italia recently partnered with The Blue Dream Project to launch a research expedition to monitor plastic pollution levels in the Central Tyrrhenian Sea, an area “of particular importance for its biodiversity heritage.”

The sperm whale in Cefalu was found days after the project began.

Greenpeace Italia says an investigation is underway to determine whether the plastic found in the whale caused its death.