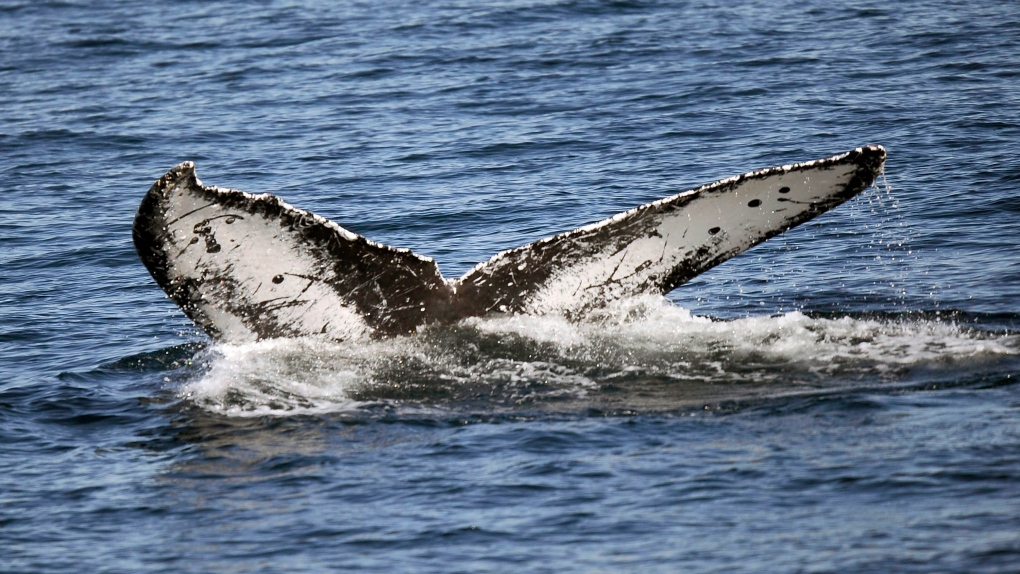 In this Feb. 6, 2016 file photo, a blue whale raises its tail above the water surface off the coast of Long Beach, Calif. (AP Photo/Nick Ut, File)

ST. JOHN'S, N.L. -- Federal officials have confirmed that the huge carcass found floating in pack ice off western Newfoundland is that of a blue whale.

Fisheries officials identified the remains after reviewing images captured by a camera-equipped drone flying more than three kilometres from shore.

The blue whale is considered a species at risk.

The largest animal in the world by weight, adult blue whales can exceed 180 tonnes and more than 25 metres in length.