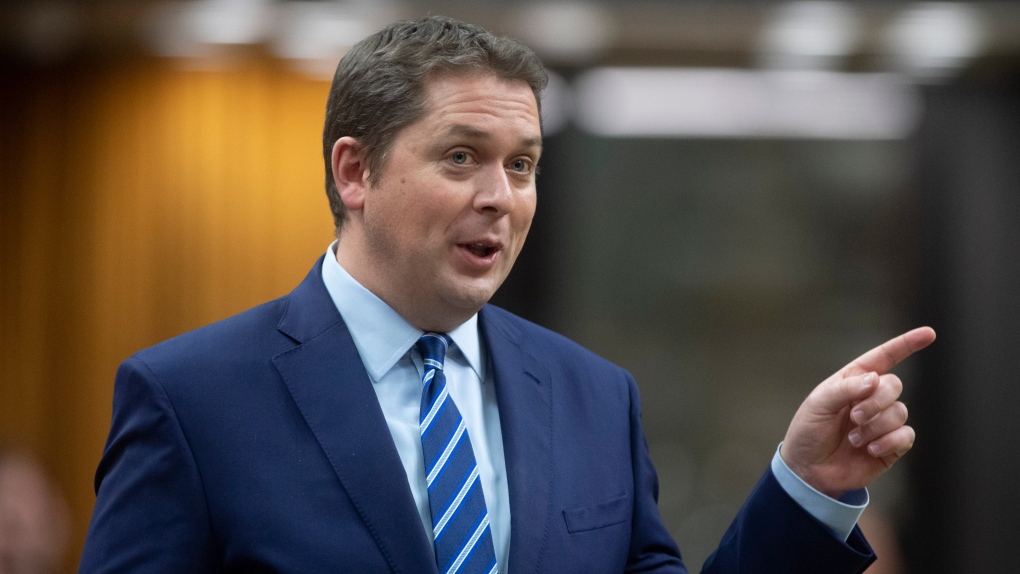 Leader of the Opposition Andrew Scheer rises during Question Period in the House of Commons Wednesday, February 5, 2020 in Ottawa. THE CANADIAN PRESS/Adrian Wyld

OTTAWA -- Outgoing Conservative Leader Andrew Scheer says the federal government needs to "up their game" in response to the COVID-19 outbreak.

He made the comments in an interview with CTV Question Period Host Evan Solomon, airing Sunday.

"I believe that in several instances, as we've seen the government respond to this crisis, they've been slow, they've been following other countries' lead, they need to up their game," Scheer said.

He said it's up to the opposition to ensure the government is "held accountable for their mistakes."

Specifically, Scheer pointed to the timeline of the government's decision to restrict air travel and close borders as evidence of areas where the government dropped the ball.

"They have consistently had to reverse their own positions," Scheer said.

"I'd point out to you the fact that they said that restricting air travel and closing the borders were not effective ways to stop the spread, only to have to do the same thing just a few days later."

The government has consistently pushed back on questions about why certain actions were not undertaken sooner. For example, during a Thursday press conference, Prime Minister Justin Trudeau was quizzed on why the government wasn’t quicker to act on making a 14 day self-isolation period mandatory for travellers returning from abroad.

Trudeau responded that Canadians seemed to be following the guidelines, but once it became apparent that some people were refusing to adhere to public health advice, the government was forced to ramp up its response.

Trudeau also gave an interview with CTV Question Period on Sunday, March 15, during a time when Conservatives had been calling for border closures.

"We’re going to continue trusting our public health officials," Trudeau said at the time, adding that he is "hearing the concerns people have had."

Speaking to Solomon for Sunday’s episode of CTV Question Period, Scheer said Canada has been slower to act than some other countries.

"There were other countries around the world that very quickly brought in those types of travel restrictions, so obviously there were experts saying that it needed to be done, we were calling for it to be done, and it turns out we were right," Scheer said.